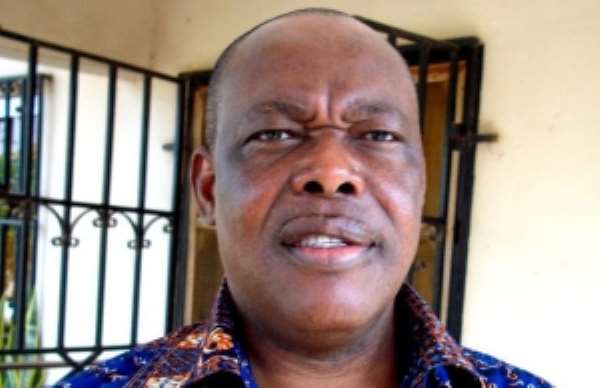 'Tweaa', an Akan interjection used mainly to express contempt for a statement made has for some time now gone viral in Ghanaian discourse together with a lot of funny posts on social media.

On Tuesday the Speaker of Parliament, Mr Edward Doe Adjaho, banned the use of the word in Parliament.

But this has elicited a debate with some arguing that the move was an attempt to save President Mahama from 'tweaa' embarrassments when he goes to the House to give the State of the Nation address next Tuesday.

Mr Kwasi Gyan Apenteng, an ace Ghanaian writer, who is the President of the Ghana Association of Writers and a Consultant in communication, culture and media relations, for instance thinks that, the Speaker of Parliament was trying to undo at least 6000 years of recorded history; arguing that 'tweaa' has existed from humanity's earliest dawn.

“…the idea of banning the 'FEELING of contempt is ridiculous although dictators up and down the byways of history have tried. None has succeeded,” Mr Apenteng wrote in a post on his facebook wall Wednesday.

Banning the use of the word last Tuesday, the Speaker of Parliament said it was un-parliamentary and should not be part of the “Parliamentary lexicon.”

This was after the Member for Subin, Mr Isaac Osei (NPP), had drawn his attention to the fact that the word had gained currency in the House lately and sought to find out if that word could be used.

'Tweaa' has gained currency since the District Chief Executive for Ahafo Ano South, Mr Gabriel Barima,  flared up when a member of an audience he was addressing at Mankraso http://graphic.com.gh/news/politics/16029-government-investigate-who-said-tweaa-dce.html  in the Ashanti Region used it to express contempt for a statement he had made.

The enraged DCE stormed out of the meeting after stating, among other things, that the person who made the statement was not his “co-equal.”

For the past three weeks, some Members of Parliament have used the word against their colleagues making statements or contributions to statements on the floor of the House.

The use of the word usually leads to laughter and takes the focus off the issues being discussed for some minutes.

Contributing to the debate on Wednesday, Mr Kwasi Gyan Appenteng, gave a brief history of the word 'tweaa'.

He argued that the Speaker of Parliament was trying to undo at least 6000 years of recorded history; saying tweaa has existed from humanity's earliest dawn.

“…the idea of banning the 'FEELING of contempt is ridiculous although dictators up and down the byways of history have tried. None has succeeded,” he said.

Mr Appenteng, gave a brief his of the word 'tweaa' and said some its earliest recorded  moments were in the Bible and other ancient books.

“Take David and Goliath: The Philistine colossus bestrode the warzone shouting imprecations at the hapless Israelites. David, a shepherd boy stepped forward and said 'tweaa' before releasing the stone from the sling…”

“Fast forward some three thousand years later in Athens. The elders went to confront Socrates with accusations of wrong thinking and corrupting the youth. He looked at them through heavy eyebrows and said 'tweaa'. They put him to death…”

The next great recorded appearance of 'tweaa', Mr Apenteng said was in Palestine where the hysterical mob had the chance to set Jesus free when offered the choice between Him and the criminals. They said a loud collective 'tweaa', and by that Christians are redeemed…

He added that Ghana's independence itself was a collective scream of 'tweaa' against British colonialism.

In good and bad times 'tweaa' is the expression of disdain and sometimes the affirmation of resistance. It can have dire consequences but it is part of the zeitgeist of each epoch, he said.

“The idea of banning the FEELING of contempt is ridiculous although dictators up and down the byways of history have tried. None has succeeded.”

“If indeed the Speaker is trying to save the President's blushes, the best strategy would be for the President to go on the attack and say, I know someone here will say 'tweaa' today, but remember you are not my coequal”. That will bring the House down as everyone says tweaaaaaaaaaaaaaaa”.

By the way, who ACTUALLY said tweaa? Why has he not become a media hero? He should kindly step forward to be acclaimed for adding significantly to the national happiness index at a time when by rights we should be gloomy, bordering on despair, Mr Apenteng concluded.