Rwandan man jailed for life in Germany over church massacre 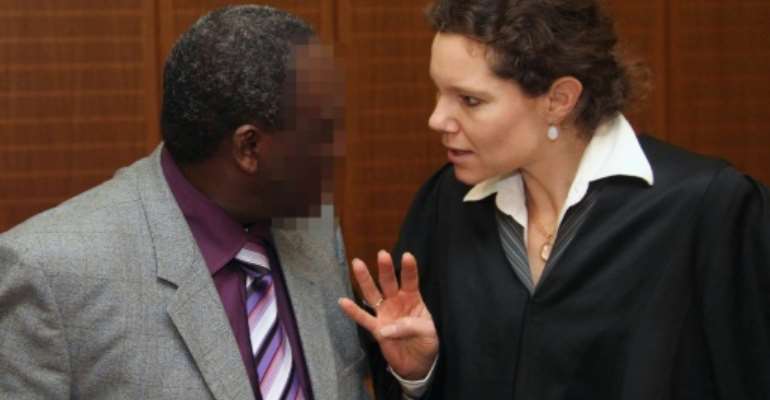 Berlin (AFP) - A German court Tuesday sentenced a Rwandan Hutu man to life in jail for his active role in orchestrating a church massacre of hundreds of Tutsis during the 1994 genocide.

Former town mayor Onesphore Rwabukombe, 58, had previously been sentenced to 14 years prison for aiding and abetting the crime.

But an appeals court convicted him of having been part of a group of leaders who actively ordered and oversaw the mass killing with machetes, axes and hoes.

"It was an unimaginable bloodbath in which the accused gave orders while standing ankle-deep in blood," presiding judge Josef Bill said, according to national news agency DPA.

The defendant was sentenced to "life imprisonment... for his participation in the genocide in Rwanda in 1994," the state high court in Frankfurt said in a statement.

Rwabukombe and other local leaders "organised, commanded and executed" the April 11 massacre of at least 450 "and probably far more" Tutsis hiding in a church in Kiziguro in northeastern Rwanda, the court said.

"Hundreds of soldiers, gendarmes, community police, militia and civilians had gathered around the grounds, armed with machetes, axes, hoes and similar tools with the intention of jointly attacking the church premises," the court said.

Rwabukombe, who was mayor of the town of Muvumba about 80 kilometres (50 miles) away, along with other local authorities gave the order to attack, the court said.

"The attackers killed the vast majority of the people in the church grounds with their weapons in the cruelest of ways," the statement said. "There were also instances of looting and rapes."

During the massacre, Rwabukombe helped bring more killers to the church and oversaw the transport of corpses to a nearby pit, the court said.

Rwabukombe has lived in Germany since 2002 and applied for political asylum but was arrested in 2011 on an Interpol warrant.

After a three-year trial, he was sentenced to 14 years in February 2014, in a ruling that was appealed by all sides.

The trial was Germany's first related to the Rwanda genocide, in which an estimated 800,000 people died, most of them ethnic Tutsis but also moderate Hutus.

In late September, two leaders of the Rwandan Hutu rebels were sentenced to 13 and eight years in prison in Germany for orchestrating massacres in the Democratic Republic of Congo.