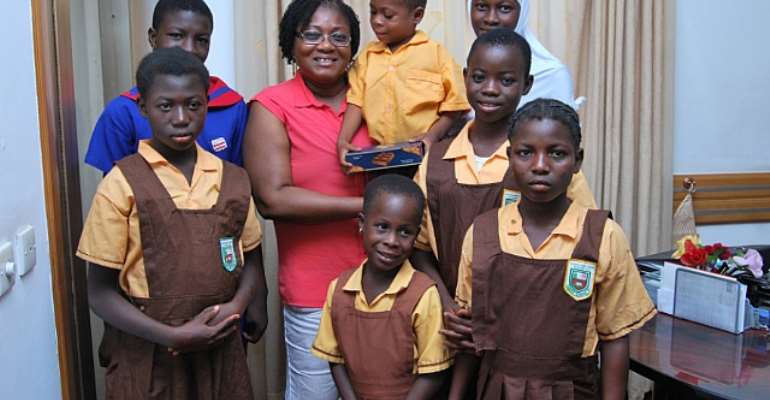 The Chief Executive Officer (CEO) of Western Publications Limited, publishers of Daily Guide newspaperMrs. Gina Ama Blay, has promised to use her position to help promote a project aimed at educating head porters, commonly known as kayayei, in the country.

She made this promise when the Pamela E. Bridgewater Project paid a visit to her office to officially introduce the Sponsor Kayayei to School Campaign to her.

The Sponsor Kayayei to School Campaign aims at educating 2000 head porters by the end of 2016.

Mrs. Blay appealed to corporate institutions and individuals to support the Pamela E. Bridgewater Project. “I feel obliged as a mother to throw my weight behind this campaign to educate our children” she said.

The Communication Director of the Pamela E. Bridgewater Project, Mr. Abdallah Musah thanked Mrs. Blay for using her platform (Daily Guide) to advance the interest of women in the country.

Mr Musah recalled the role played by the Western Media Publication during the passing away of a kayayo named as Hassana Abdullai when the later was crushed at Okaishie by a DAF articulated truck and thanks to the sponsor kayayei to school programme Ms Fadila Maltiti the deceased daughter is doing well at Gbullung D.A primary school in the northern region,he added 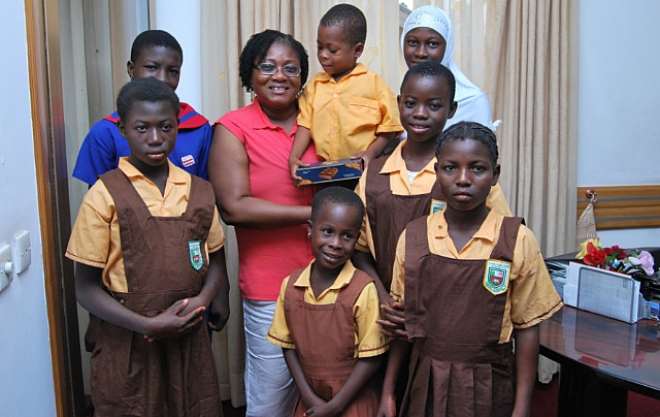