Idaho man who dresses as dog had sex with cat 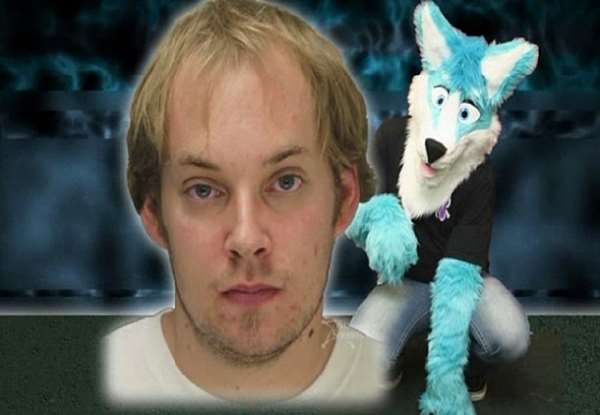 An Idaho man who enjoys dressing up as a dog was arrested early this month for having sex with a cat on several occasions, authorities said.

Ryan Havens Tannenholz, a self-identified "furry," or someone who wears anthropomorphic animal fur suits, was charged with six felony counts of crimes against nature and one misdemeanor count of cruelty to an animal.

Police say the Boise man, 28, sexually abused the cat multiple times between January 2012 and January 2013. After an extensive investigation, police secured an arrest warrant July 31 and arrested him the following day.

"It just means that at this point was the time when they had probable cause to do the arrest," Deputy Prosecutor Cathy Guzman told the  Idaho Statesman http://www.idahostatesman.com/2013/08/02/2685831/boise-man-charged-for-sex-with.html .

Tannenholz portrays himself as a black and white husky he calls Bubblegum Husky, a blue fox he calls Kismet Fox or an unnamed purple canine, according to the furry community news magazine  Flayrah http://www.flayrah.com/5223/boise-furry-arrested-accused-having-sex-cat .

He could face up to five years in prison for each of the felony counts and up to six months and a fine for the misdemeanor.

Tannenholz's bond was set at $250,000, and his preliminary hearing is set for Friday.