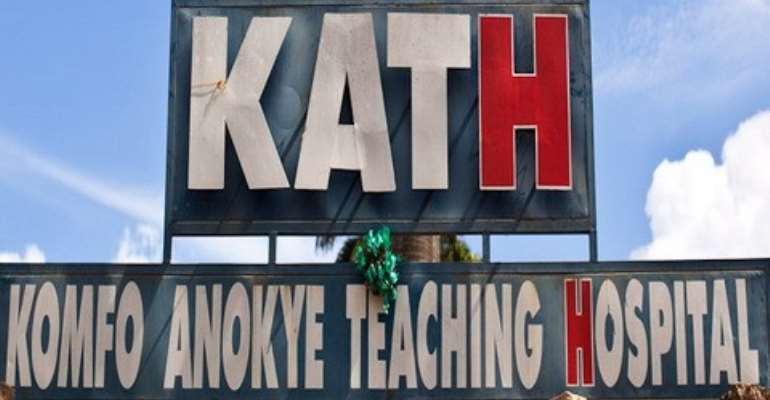 The Labour Ward at the Komfo Anokye Teaching Hospital has been closed down following an attack on nurses and doctors by some disgruntled Muslim youth.

The doctors and nurses have boycotted the ward claiming they are yet to recover from the assault they were subjected to by the angry youth who are believed to be part of some family members of a baby declared dead by the hospital but unable to produce the baby.

After several unsuccessful attempts to get the baby from the hospital, the youth in anger attacked health personnel at the labour ward, Thursday. Luv FM's Erastus Asare Donkoh who visited the hospital, Friday, confirmed closure of the ward.

A pregnant woman was turned away by a security man at the entrance to the ward, he said.

According to Erastus, the doors to the ward were closed without any doctor or nurse on sight. He was told by the PRO of the facility Kwame Frimpong that only few doctors and nurses had resumed work after the attack and are taking care of those on admission, but are not accepting new patients.

Four nurses and three doctors have so far filed formal complaint of assault.

Meanwhile, one person Abdul Aziz, 48, has been arrested in addition to the three that were apprehended yesterday for assaulting hospital staff. They have been arraigned before a court of competent jurisdiction on Friday, Erastus reported.

Also, a committee's report into the incident is expected to be presented to the Health Minister today.

Family of the baby is disputing claims by the hospital staff that the baby was dead and had been burnt. One of them threatened to invoke curses on the hospital staff, the police, and any other person who may have come into contact with the baby.