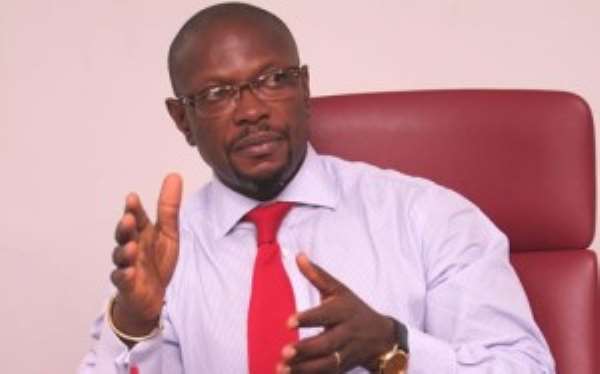 The Chief Executive Officer of the Ghana Chamber of Telecommunications, Kwaku Sakyi-Addo, says the cost of Internet services for end-users will fall when costs for service-providers and suppliers fall.

According to him, the increasing cost of inputs, such as energy, and the macro-economy as a whole also had an impact on what the end-user paid for telecoms services.

Mr.  Sakyi-Addo made these known at a day's forum organized in Accra by the Alliance for Affordable Internet (A4AI), a UK-based NGO.

He noted: 'GIFEC (Ghana Investment Fund for Electronic Communication) is putting up public terminals in rural communities. But the price of smart devices is falling, and we can help drop it further in Ghana by removing the taxes on devices so that our people can buy their own handsets and use them.'

Mr. Sakyi-Addo cited statistics from the ICT Development Index (IDI) in the International Telecommunications Union 2013 Report which put Ghana at 113th out of 157 countries. Among African countries, Ghana lies eighth.

The IDI measures ICT access, skills and usage and aggregates them from a minimum of zero to a maximum of 10.0 Ghana's aggregate of 2.8 is above the Africa average but falls below the world average of 4.35 and 3.44 for developing countries.

South Korea is top at 8.6, with Niger at the bottom at 0.99. Mr Sakyi-Addo said Ghana had made strides in the telecoms sector, but a lot more remained.

GIFEC is funded from statutory deductions from mobile telecom operators. An official of GIFEC, Zakaria Osman told the forum that the communities were unable to maintain the public access internet facilities after GIFEC had handed them over.

Commenting on the issue of broadband affordability, the Minister of Communications, Dr Edward Omane Boamah said the government would ensure universal broadband usage at all times at speed capable of guaranteeing adequate capacity usage especially during peak times and affordable price irrespective of geographic location.

'This target I believe can be achieved with a collective and concerted effort by Government and the Private Sector,' Dr. Boamah said.

In October 2013, A4AI started engaging with stakeholders in a number of countries across Africa, Asia and Latin America, and the group has already signed a Memorandum of Understanding with the governments of Ghana and Nigeria.

A4AI is made up a diverse group of private, public and civil society sector players advocating for open, competitive and innovative broadband markets. Its Global sponsors include Google, Omidyar Network, UK Department for International Development and USAID.