'Leave propaganda to your young men' - Agyeman Manu to Mahama 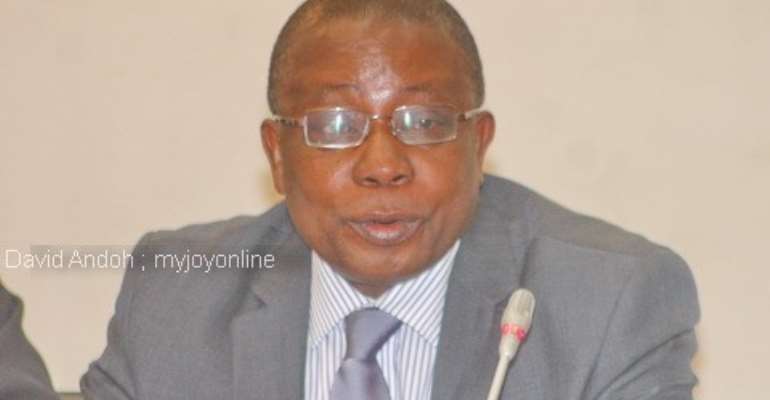 A former Deputy Finance Minister under the Kufuor administration has counseled the President, John Mahama to cease making propaganda statements on the state of the economy.

“The President shouldn't be talking too much. That is my advice to him. He should allow his young men who have been doing the propaganda thing to be talking this propaganda economics for him but not himself,” said Kwaku Agyeman Manu.

His advise comes on the back of a statement the President posted on his Facebook page urging Ghanaians not to attribute the current economic state and the fast depreciation of the Ghana Cedi to decisions of government.

The President stated that Ghana is “part of the global financial system and so we share both its ups and downs. Since the beginning of this year, several countries, with stronger economies than ours, have seen their currencies depreciating due to the moves of international players on the stock market.”

He thus assured Ghanaians that the economy will be fixed since the challenges are only short term.

He also advised business owners not to panic because “panic only worsens things in the financial market.”

In response to this post, Mr. Agyeman Manu described it as “very, very, very unfortunate” since the present challenges were caused by “decisions he himself [Mahama] and others have made.”

According to him, the President's statement is contradictory because since the President blamed global financial issues on Ghana's predicament, it is questionable for him to say his government will fix the economy.

“You are blaming global issues; how can you fix it here in our country?” he asked adding that “the logic doesn't flow! ”

The former Deputy Finance Minister admonished President Mahama to “take responsibility and tell us that they are your decisions and you can revert the situation.”

He insisted that the constant explanation from government regarding the state of the economy leaves room for speculations as to the real cause of the problems.

The Dormaa West Member of Parliament said it is fairly easy for him to assume that probably, the money used by Fortiz Equity Fund to purchase Merchant Bank Ghana could have come from the coffers of government.

Although he said he cannot substantiate this claim, he noted that a host of other possible transactions and deals could have contributed to the economic challenges and consequently urged President Mahama to be truthful and open with Ghanaians concerning the details and facts of the matter.

But a presidential advisor, Dr Nii Moi Thompson says the accusations and analysis of Mr. Agyeman Manu are unfounded since there are no hidden transactions by government the public is to be in the know of.

He explained that most of the global financial crisis which occurs affects Ghana's economy and subsequent government always use “national responses to international shocks.”

Dr. Thompson pointed out that since the redenomination of the Ghana cedi in 2006, there have been patterns and trends regarding the depreciation.

According to him, the situation occurs because Ghana is exposed externally due to the mono crop economy of the country adding that administrative lapses also contribute to the problem.

This is said was the reason the central bank invoked the “Foreign Exchange Act of 2006…to remind us of the kinds of things that we need to do.”