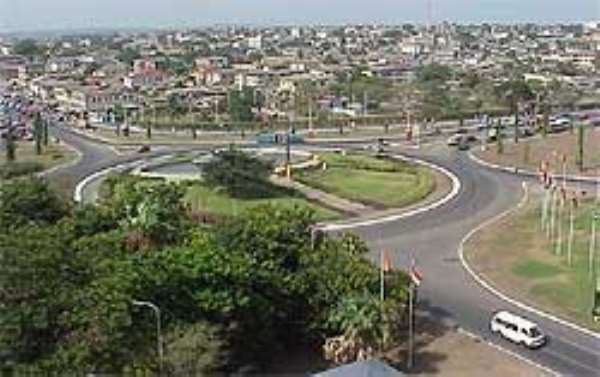 Accra, March 27, GNA- Nii Stanley Adjiri Blankson, the Mayor of Accra Metropolitan Assembly (AMA), on Saturday joined the residents of the metropolis in a clean-up exercise and called on them to become "ambassadors of cleanliness".

He said it was important that people changed their attitudes of indiscriminate littering of the environment for a healthy life. The exercise took him to the Makola and Salaga markets, Bukom, La Cable and Wireless, Castle drain and Burma Camp, where people were busy cleaning streets, gutters and market centres.

Nii Adjiri noted that mosquitoes had been a major health hazard to mankind and said the only means to overcome such hazards was to cultivate the habit of cleanliness.

"Lets get rid off mosquitoes, our greatest enemy, for it had had no respect for any person."

He argued that it was when there was good health that individuals could perform their economic activities with ease. Nii Adjiri regretted that people paid little attention to hygiene after they had left their homes and urged individuals to be mindful of their activities outside homes.

He said a special court had been set up to deal with issue relating to sanitation, adding that any person or institution found littering would be prosecuted.

At the Neoplan station, Nii Adjiri warned the Executives of the Ghana Private Road Transport Unions (GPRTU) that they would be held responsible for filth generated at the station.

He said they would face prosecution when they failed to ensure that the place remained clean all the times.

Nii Adjiri, however, called on every person to be cooperative in ensuring that initiative taken to keep the metropolis clean was sustained. 400 Police personnel led by Assistant Commissioner of Police Mr Kofi Boakye, Greater Accra Police Commander supported the exercise to ensure that peace and order prevailed. 27 March 04