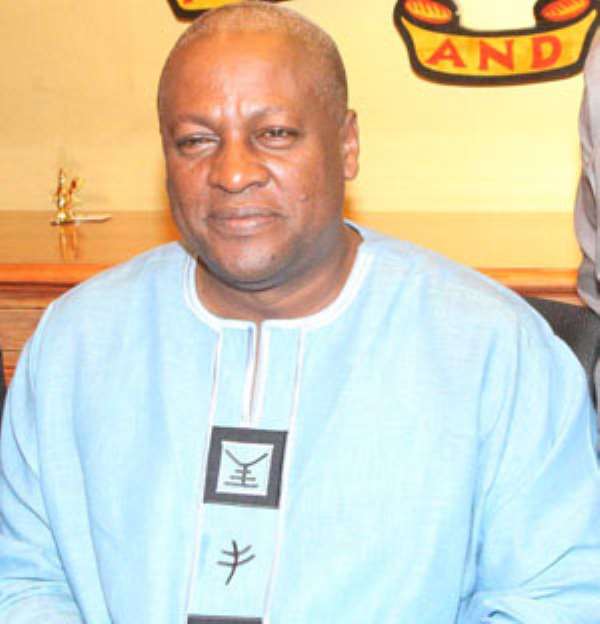 The Truth & Accountability Forum (TAF), a civil society pressure group, has blamed Government for dissipating GH¢47 million of the taxpayers' money under the guise of 'doing something to bridge the North-South economic gap.'

In a statement issued on Monday and jointly signed by Saaka Salia, spokesperson and Collins Amoah, Executive Director, TAF mentioned that the guinea fowl and afforestation projects were used to siphon GH¢47 million from the coffers of the State.

TAF said northerners and indeed Ghanaians, are gravely pained. 'We are saddened and immensely disappointed in the President, taking undue advantage of the indigent disposition of the northerners to create such mockery of a development model for personal gain,' the statement asserted.

'The president prides himself as being a modern man but did he not know that the shimmering and torrid heat of the Harmattan would practically make any tree planting project difficult, if not impossible?

It continued, 'TAF would not blame the Asontaba as much as the president; the president holds our money in trust and has the mandate of the people.' According to TAF, President Mahama's dexterity in governance, poor judgement and insensitivity were becoming preposterous and highly unimaginable, and that a potential danger of implosion seemed to lurk around the bend.

The forum said Asontaba was incorporated, made to commence business and given GH¢47 million – all within a period of one week.

'Government is now asking the Forestry Commission and the Local Government Ministry to see to the proper implantation of the afforestation project. Why were they not involved in the first place?' it quizzed.

The abrogation of the joint-venture agreement came about as a result of a report presented by SADA through the minister in-charge of development authorities, Alhaji Mustapha Ahmed.

'TAF has on several occasions asked for the detail of the report to be published for the sake of transparency, but all to no avail; as the authorities fear the sickening details of SADA would be exposed.

'We demand the report now; we also would entreat CHRAJ to expedite action on their investigations into these illusive projects,' TAF demanded.

It has called for heads to roll, even if it includes that of the President.

It further called for SADA's directors involved not only to be prosecuted but be banned from bidding for government contracts for the next five years in the same way Zoomlion was banned in Liberia from bidding UN contract for the next two years.

'The AGAMS Company and SADA officials used by Mahama should brace themselves and meet us in court in the next couple of days, for we would not stand aloof and allow the government and its cronies to shortchange the good people of Ghana and the poor northerners, all in the name of SADA,' the group cautioned.