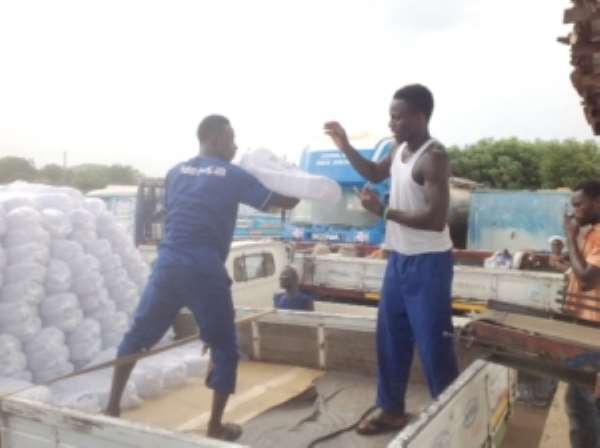 Sachet water producers have been asked to sell a sachet of water at 15 pesewas and a bag of 30 sachets at a retail price of GH¢1.80.

The President of the National Association of Sachet and Packaged Water Producers (NASPWP), Mr Magnus Nunoo, who made the call, said producers would be able to break even if they sold at those prices.

His advice came at the time when the depreciation of the cedi, as well as hikes in electricity and water tariffs, has resulted in increases in the prices of major raw materials imported for the bottling and packaging of water.

Stick to prior prices
The pressure has resulted in some producers passing on the cost to consumers by selling a sachet at 20Gp.

In an interview, Mr Nunoo advised his members to stick to the 15Gp per sachet price, saying that they would break even.

He was, however, not happy with the depreciation of the cedi, saying it did not augur well for his members, some of whom had to resort to arbitrary increases just to stay in business.

He said others were also contemplating folding up because of the daily pressure on their businesses from the depreciating cedi, which meant increased cost in getting the plastic rolls for sachet water production.

The last time an increase was announced by the NASPWP was in October 2013.

Prohibitive taxes
On the production of bottled water, Mr Nunoo was unhappy with the several taxes slapped on producers and manufacturers, saying the situation did not help in encouraging industry in the sector.

Currently, sachet water manufacturers have to pay a 10 per cent excise duty or an environmental excise duty on the plastics imported for the bottling of water at the point of entry of the raw materials  into the country.

A further 17.5 per cent is charged as ex-factory price tax, comprising charges on the labour, water bottled and profits.

Subsequently, producers then have to pay VAT of 17.5 per cent.

The total works out to about 45 per cent of taxes paid by water producers on bottled water only.

Mr Nunoo said for a basic essential resource such as water, the taxes were prohibitive.

The result, he said, was the importation of bottled water into the country because bottled water could be obtained for much less than what it cost in Ghana.

Imminent collapse
He said like the textile industry, the sector was gradually facing an influx of bottled water into the country and if care was not taken and the situation managed properly, sachet and bottled water producers would also fold up.

Mr Nunoo was of the view that the country had to get a grip on being self-sufficient in the basic necessities of life, such as water and food.

When that was attained, there would be no pressure and the country would have the ease to use its foreign exchange for capital imports and investments, he added.