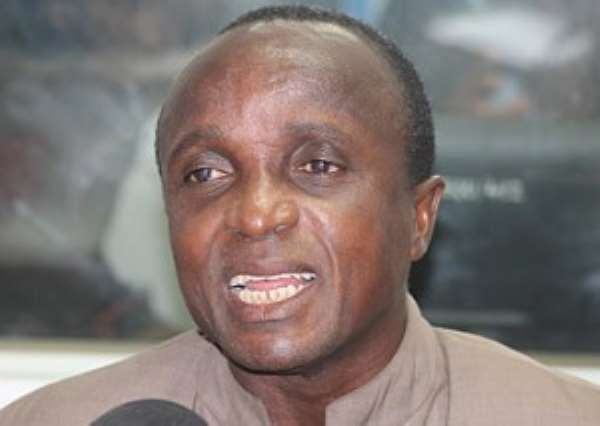 Pele and Assibit have been charged with 19 counts of causing financial loss to the state, defrauding by false pretence, abetting crime, intentionally misapplying public property and dishonestly causing loss to public property.

The two accused persons have pleaded not guilty to the charges. The court admitted Pele to self- recognizance bail, while Assibit was granted bail in the sum of GH¢ 2 million with four sureties, two of whom to be justified.

The first prosecution witness to testify in the ongoing trial at the financial court, Mr. Nuru Hamidan, Municipal Chief Executive (MCE) for Asokore Mampong, who was led in evidence by Mrs. Evelyn Keelson, Principal State Attorney (PSA) told the court that before his current appointment, he was the Deputy Coordinator-in-charge of operations at the National Youth Employment Programme (NYEP).

He said as part of his duties, he was responsible for implementing the various modules and other programmes under the NYEP and reported directly to his boss, Abuga Pele.

He said the NYEP had 10 regional coordinators and 197 district coordinators who also reported to the National Coordinator. He said as the administrator, he was basically administering the office and providing logistics for the programme.

Mr. Hamidan stated that he started working with the NYEP in 2009 and left in July 2013, while Abuga Pele was the National Coordinator (NC) of the programme.

He said his first contact with Philip Akpeena Assibit was when the staff were called into a meeting with him and his team at the office where Pele introduce the GIG.

He said Assibit and his team informed the staff that they could help expand the NYEP and create about a million jobs in ICT, agriculture and construction.

Mr. Hamidan further explained that the NYEP was launched in 2006 after the National Security had conducted a study and found out that youth unemployment was a major issue which had to be tackled.

He said in 2009 the management of GYEEDA noted that the paid internship modules was creating a lot of pressure on the government purse as it was difficult to pay the beneficiaries on monthly basis.

He said though the management maintained the internship module emphasis was placed on the entrepreneurship module that would train the youth in entrepreneurial programmes.

Mr. Hamidan stated that the process paved the way for NYEP to enter into Public Private Partnership (PPP) arrangement with service providers who then trained people to work for themselves and setup their businesses.

He said the NYEP received proposals from service providers which were addressed to the Minister for Youth and Sports who after studying and evaluating them sent them back to the team at the NYEP Head Office.

He said Pele on behalf of the NYEP entered into a Memorandum of Understanding (MOU) with GIG represented by Assibit and West Camp.He said if the West Camp was funding the programme then it would require Parliamentary processing.

Mr. Hamidan stated that an appointment was booked with the then Vice President, Mr. John Mahama, where the matter was explained to him.

He said Mr. Mahama told them that the World Bank (WB) had a funding for such programmes but never heard anything on the issues until he learnt again that the WB was happy with their proposals.

He said because the WB became interested in the programme, a desk officer was assigned to deal with NYEP officials. The court adjourned the sitting till tomorrow.