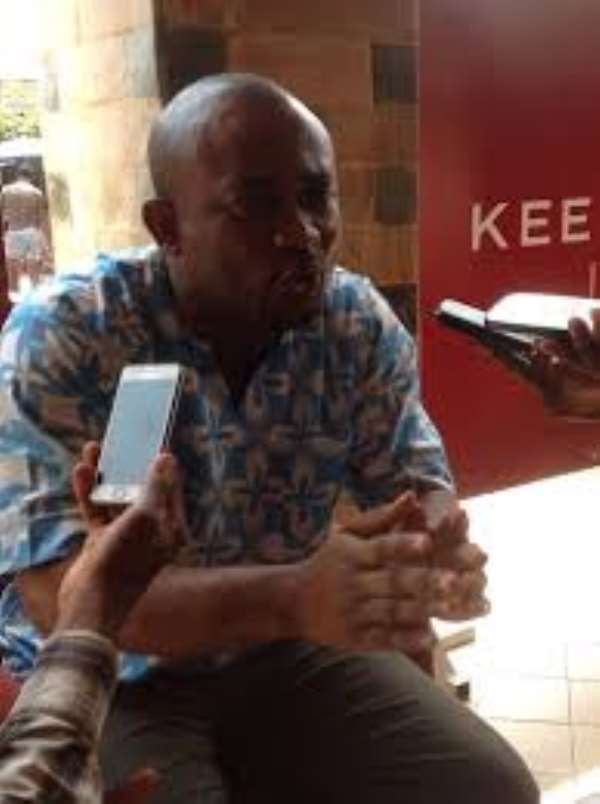 ONE OF the Seven (7) Aspirants for the New Patriotic Party (NPP) National Youth Organiser position, Pius Enam Hadzide, has promised to place the youth at the forefront of the party's 2016 campaign to ensure vigorous and efficient propagation of the gospel of the elephant party.

According to the 2012 NPP Parliamentary Candidate for Ketu North constituency in the Volta Region, the youth would be assigned special roles to implement the 'operation virgin break' initiative he seeks to introduce, to win about 70% of all first time voters in the country in 2016.

Mr. Hadzide, who was in Tamale to wrap up his campaign tour of the 31 constituencies in the Northern Region, told The Chronicle that his main vision for contesting the NPP National Youth Organiser's position was influenced by his strong desire to making the party more visible and attractive in all the constituencies across Ghana to maximize their victory in the next election.

The Aspiring NPP National Youth Organizer, during his weeklong campaign tour, interacted with all constituency youth organizers and their deputies, and also solicited for their support.

He also visited some prominent NPP leaders in every constituency that he visited, including the founding fathers, constituency executives and polling station chairmen.

The Former NPP Youth Organizer for Ketu North, was particularly worried about the numerous challenges facing the NPP in the various constituencies, especially the youth wings, who could not even boast of common bicycles or motorbikes to carry out party activities.

He, therefore, promised to provide a Pickup, a motorbike and a bicycle to each Regional, Constituency and Polling Station Youth Organiser to enhance their operations.

But he told this paper that his conviction of defeating the rest of the contestants was far established in God Almighty, who guided him throughout his life and offered him the qualities of a good leader as evidenced in the previous positions he had held.

Mr. Pius Enam Hadzide, who described himself as an experienced politician, placed on records some of the positions he had held.

He was also the NPP Parliamentary Candidate for Ketu North in 2012, former Special Assistant to Lord Commey when he was the National Organiser of NPP, where helped to write the NPP's Anthem.

Even though he is vying for the position of a Youth Organiser, Mr. Pius Enam Hadzide also unveiled plans to set aside what he termed 'a patriot day' to celebrate the heroes of NPP and Patriot Fund which would also mitigate the sufferings of NPP heroes who are mainly the youth.

He specifically mentioned the five NPP youth who were arrested in Tamale after sacrificing their lives for the NPP and were sentenced for various jail terms.

The Aspiring NPP National Youth Organiser also promised more training programmes for the party's polling station agents to avert the misfortunes of the 2008 and 2012 elections.