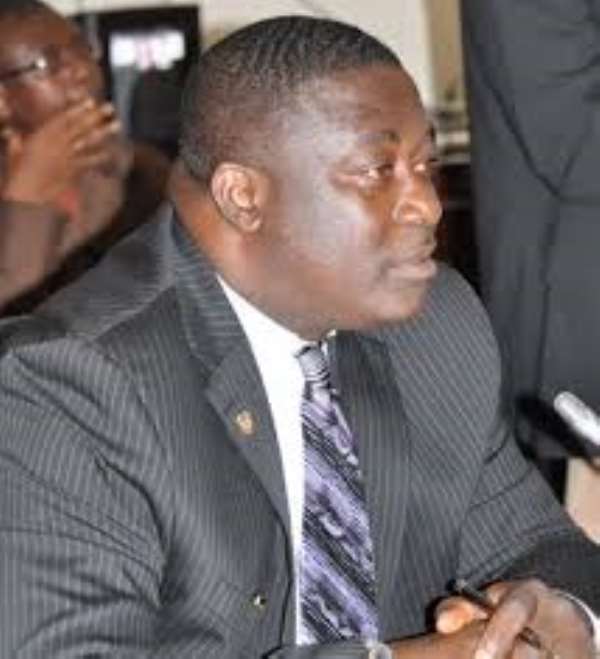 Problems militating against the smooth administration of the Ho Municipal Assembly since the alleged illegal confirmation of the Municipal Chief Executive, Mrs. Fafa Adinyrah and decision by some of the Assembly Members not to recognize her, coupled with the controversial   rehabilitation of   the residence of the MCE, without authority, had gone from bad to worse.

This time, the Assembly Members who criticized the MCE for not respecting the Procurement Act, have turned the gun on the Volta Regional Minister, Joseph Nii Laryea Afotey Agbo, who they have accused of interfering in the administration of the assembly.

Mr. Afotey has, however, denied all the allegations being leveled against him by the aggrieved assembly members, when he was reached to react to the story.

The Assembly members in a petition signed by 18 out of the 39 members to President John Dramani Mahama and copied to the Minister for Local Government explained that for some time now, Mr. Afotey Agbo has arrogated to himself powers to control the assembly.

According to them, Nii Afotey Agbo allegedly engineered the removal of some government Appointees, most of whom were functionaries of the ruling National Democratic Congress (NDC) from the Assembly, just to satisfy his whims and caprices.

According to the Assembly members, the Volta Regional Minister was again obstructing the smooth and democratic functions of the Assembly, by allegedly spearheading the transfer of the Presiding Member of the Ho Municipal Assembly, Mr. Yao Semordey, who is also the Volta Regional Coordinator of the National Youth Authority and an elected Assembly Member of Ho Central Electoral Area.

To buttress the interference of Nii Afotey Agbo in the affairs of the Assembly, the Ho Assembly Members said 'on Monday 21 st January, 2014, the Regional Minister called the Presiding Member on his cell phone and queried him why   he should   set up   a five member committee to investigate into issues concerning the rehabilitation of the residence of the MCE.

They continued that the Regional Minister further threatened the Ho Municipal Presiding Member that if he had decided to investigate the MCE,   then he (Presiding Member) would also find it extremely difficult to carry out his duties as Presiding Member, a development the Assembly members see as an interference in the affairs of the assembly.

The Assembly members alleged that credible information available to them indicate that the Regional Minister had gone further to inform a government appointee and a member of the Committee investigating the illegal rehabilitation of the MCE's residence, without recourse to the procurement law that the committee members should stop their enquiry.

The Regional Minister, according to the Assembly members, was reported to have instructed witnesses appearing before the Committee to stop appearing before it, because whatever decision that they come up with would not be recognized and that the rehabilitation of the MCE's residence, which had been estimated to cost GH¢2 million would be awarded on contract and the work of the Committee would be a useless venture.

The Assembly members also appealed to the President to help reverse the purported transfer of the Ho Presiding Member to Tamale and restrain Nii Afotey Agbo from unnecessary interference in the work of the Committee set up by the Assembly to investigate into the illegal rehabilitation of the MCE's residence.

They also pleaded with the President to advice the Regional Minister from obstructing the constitutional functions of the Assembly.

Mr. Afotey, during the interview denied that he was the one who caused the transfer of the Presiding Officer from Ho to Tamale.

According to him, the fact the he was the Regional Minister did not mean that he should be held responsible for decision taken by a department serving under him, even though he admitted that they work together as a team.

Afotey Agbo further told The Chronicle that indiscipline had crept into the affairs of the Ho assembly and that he, as the Regional Minister, who represents the president would not allow that to happen.

According to him, it was wrong for the PM to set up a committee to investigate the Municipal Chief Executive, who is the head of the assembly. He noted that even if the MCE had done something wrong, the best thing the assembly members should have done was to petition his office for him to look into the issue.

'Is it right for the PM to investigate the MCE who is above him, if this is not arrogance, then I do not known what they are saying.'

He contended that he is a major stakeholder of the assembly because as a regional Minister, he resides in Ho and must be concerned with what goes on there.

Afotey Agbo further told The Chronicle that he had nothing personal against the PM and his colleagues, but he would not allow them to arrogate to themselves powers they do not have.

'I am a competent person who knows what he is doing; I will not allow them to have their way. I have been asked by the President to supervise the region and will do everything possible to ensure that there is sanity,' he said.