By Public Action Against Corruption And Abuse (P.A.A.C.A.)
Press Release 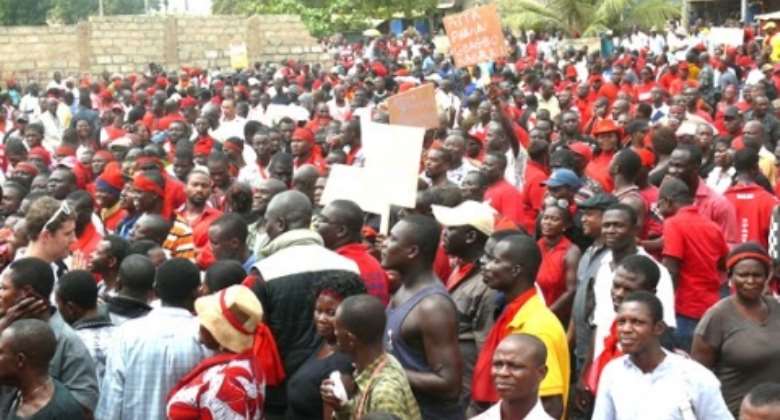 Public Action Against Corruption and Abuse (P.A.A.C.A) has officially written to the Ghana Police Service for the upcoming peaceful demonstration in Koforidua, on Friday, 14th February, 2014.

The controversial sale of Merchant Bank to Equity fund, Fortiz, which attracted demonstrations on the streets of Accra and Kumasi, dubbed, SAY NO TO 'FORTHIEVES' is expected to continue in the Eastern Region, Koforidua, on Friday, 14th February, 2014.

Participants are expected to converge at Asokore Methodist Park at 7:00am prompt. Procession will begin from Asokore Methodist Park at 8:00am through the principal streets to Roman Junction to the B. Foster Round About down Hospital Road to the Traffic light to All Nations University to Prince Boateng Round About to the Jackson Park where members of the public would be addressed.

All media houses and the general public are cordially invited to march on Valentine's Day for the love of mother Ghana.