Medeama have not qualified yet, warns coach Paullet 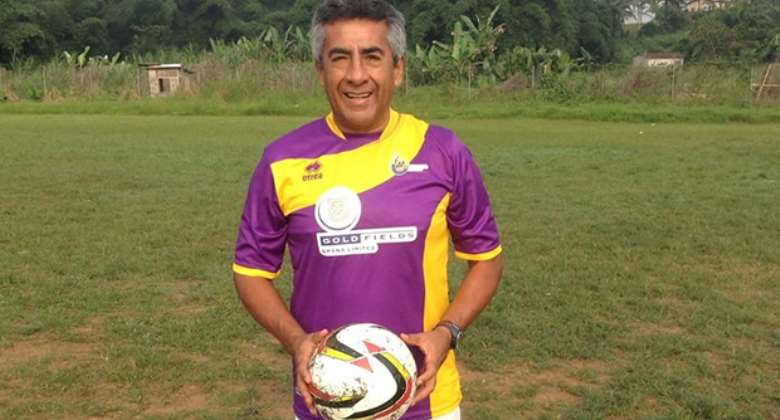 Medeama SC coach Carlos Roberto Paullet says he was content with his team's vital away victory in the CAF Confederations' Cup tie in Malabo, but has warned that the job is not yet finished.

Medeama made a winning start to their African campaign after they secured a crucial 2-1 win against Panthers FC http://Medeama down Panthers in Confed Cup in Equatorial Guinea on Sunday afternoon.

Roberto Paullet showered praise on his team's attitude after the game but insists he is still expecting a difficult game in a the second leg.

“We played a very good game, but the job is not done yet,” Paullet told Asempa FM.

“We had a very little information about our opponents (Panthers FC) prior to the match but we showed that we can suceed even in such a situation.”

“I expect a difficult game in the return match but I believe we will seal through to the next round.”

Goals from Kotoko reject Michael Helegbe and Samuel Nzemaba was enough for Medeama to clinch the all important win.

The Mauves will host the return leg of the knockout competition at the Essipong Stadium in Sekondi on the weekend of February 14-16, 2014.