THE DEBATE ON GENETICALLY MODIFIED FOOD 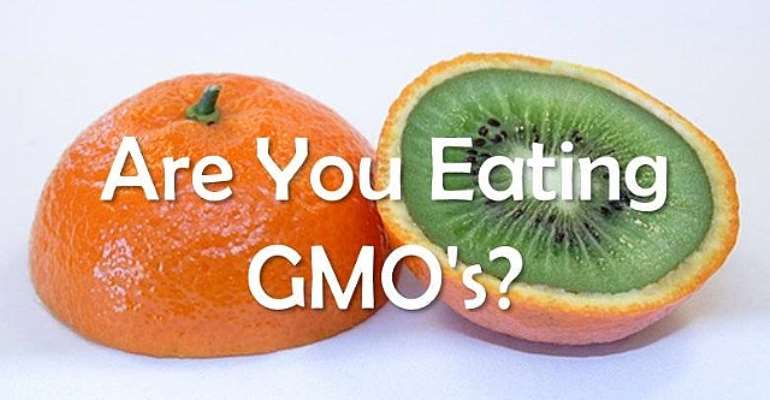 The world is divided on GM foods. There is one group which urges caution. There is another group that is for the full acceptance of the idea. Yet there is a third group that rejects the idea entirely. The Ghana Health Service (GHS) has also called for an extensive stakeholder debate to unravel the full effects of GM foods on human health. Some civil society groups have called on President Mahama to put an outright ban on GM foods. The Speaker of Parliament has also directed parliament to examine the issues more thoroughly. As we stand, the indication is that Ghana may by 2018, and under pressure, be introducing the GM foods officially into the food chain. As the debate becomes intense in Ghana, I also wish to join on the side of caution and my submission follows:

Gene manipulation resulting in the production of other living organisms is like working from the known to the unknown. God, in His infinite wisdom has given humans time-tested plant and animal species suitable for every environment on earth. These, we refer to as natural products. Even though we are still discovering things about nature, we are more comfortable with the natural than the artificial things. Some argue that the natural products have in-built mechanisms to reduce risk if consumed, but we cannot say the same thing for the artificial products. When we create other living organisms, we are essentially plunging ourselves into the unknown because we are not sure about the behaviour of the resultant breeds and their effects on humans when consumed. We also understand that gene manipulation can go wrong and we may end up producing super plant and animal species which behaviour we may not be able to control. We cannot also rule out the possibility of evil-minded people using the technology to wreck havoc on the human race.

There is danger in not knowing what to expect after consuming the super plants and animals because science is not full-proof and does not answer all the questions. But another danger looming in the development of GM foods is not so much the science that goes into it and its uncertainties but the human greed that shows up in the control of the seed and consequently the food market. The fact remains that even if one selects the best seeds from the GM crops, there is a progressive decline in yield to the null point, even under the best crop husbandry practices. So, after growing the crop, you may not be able to pick up your planting material even from your best crops but have had to rely on a seed market controlled by subtle, vicious and unforgiving people whose only motive is money and control of what people eat. This borders on morality also, forcing people to buy what they eat because the options for growing what they eat is limited. Those who argue that there will be seeds including GM seeds on the market and that the farmer has the choice to buy what he/she wants are implicitly suggesting that we should leave what we eat entirely to the market forces controlled by greed. I disagree.

Some innovations are already taking place by plant breeders in Ghana where drought and disease resistant crop varieties are developed without having to interfere with their genetic make-up such that their propagation will be affected using the seeds they produce. One other innovation is the fortification of maize with protein. I understand the maize variety obatampa which was bred by the Crop Research Institute of the CSIR as a high quality protein maize (HQPM) has appeared in other parts of the world under different names without acknowledging even the source. If I am right, the idea behind the development of this maize variety comes from the fact that we eat a lot of maize in Ghana and which contains mainly carbohydrate. So, for the majority of people who may not have adequate sources of protein, they can still obtain some protein from this high quality maize fortified with protein. So, from a nutritional perspective, it was a brilliant innovation. Those who have re-owned this intellectual property of a HQPM may be deriving fortunes from it. The originators may have nothing to show for it. This brings to question the issue of registration and managing intellectual property which we are not doing well in Ghana. Currently, some people who have made some innovations worth registering go outside the shores of Ghana to do so with the benefits accruing to the person and the countries where the IP is registered.

We understand that GM products have already found their way into the Ghanaian food chain, while our regulatory bodies appear helpless in the name of free trade or not knowing what to do. But they need to do more to protect the Ghanaian consumer at least on the side of ensuring that such products are well-labelled to inform the consumer to make a decision. I do not understand why the Government of Ghana (GoG) is under such pressure to do certain things that may not be in the interest of its own people. I wish to propose the following:

1. The law makers should never allow themselves to be stampeded to rush into making laws that raise more questions than answers. I would rather they err on the side of caution. Let them take all the time to do what they think is in the best interest of Ghana. The GM food issue does not know any political colour or persuasion. At least when it comes to what we eat, we must all agree.

2. The GOG should lead the process of deriving maximum benefit from intellectual property (IP) originating from Ghana. Apart from bringing recognition to the innovators, it is also a revenue source to the nation if IP registration and management are done well.

3. The Plant Genetic Resources Research Institute (PGRRI) of the CSIR should be seen as an important strategic national asset to be well resourced to serve as a gene bank for plant species in the country. There are those who, in the name of research collaboration, come to our shores to pick information and materials to promote their interests. We must be more vigilant.

Sampson Agodzo
[The author is a Senior Fellow and Director, Water and Food Security of the Ghana Institute of Governance and Security. He is also a professor at KNUST]