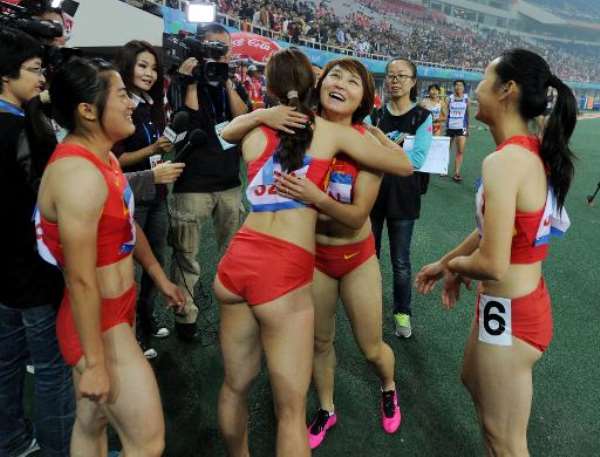 Iten (Kenya) (AFP) - It is over 20 years since Chinese women athletes took the world by storm, dominating the middle and long distance races at the 1993 world athletics championships in Stuttgart.

But as the world's most populous nation prepares to welcome the world back to its capital, Beijing, for the 2015 world championships, China is keen to restore its former glory.

A team of 16 young women athletes have set up camp in Kenya's northwestern highland town of Iten to train in ideal high-altitude climatic conditions in their rebuilding process.

China's gruelling state training system has long been blamed for retarding development of the sport in the country, but current team leader Wang Bin believes things are changing for the better for the current generation of athletes.

"Since the reform in both economy, politics and sports, China is becoming more and more open to the world," Wang told AFP in Iten.

"The reason why we come here in Iten is because the town is famous for a lot of elite athletes who are born here, and many who have come to train here including foreigners, who have gone on to register impressive results. So we have come to the most advanced place in athletics."

The Chinese Athletic Association has tapped veteran Italian coach Renato Canova, who has coached some of Kenya's greatest marathon runners and track stars, to become their national coach in the run up to the 2016 Summer Olympics in Rio de Janeiro, Brazil.

"I took the job because I am interested in understanding why the biggest country in the world was no more able to produce good results," said Canova.

Chinese athletes 'cleanest in the world'

But the 68-year-old Italian, who has trained athletes in Italy, Qatar and Kenya, is wary that it would not be easy to change the training system and create athletics interest in the world's biggest country, which unlike Kenya has few role models.

"It is going to be difficult to recruit new athletes because there are not so many talented athletes in China," said Canova.

"It is very rare to see children in China running from a tender age like in Kenya. Next year we have the world cross country championships in Guiyang and yet right now there is no activity of cross country in China.

"It is not easy. But in any case they can grow," he said.

Canova says hope may lie in the northeast province of Liaoning, which produced China's best athletes, including coach Ma Junren's 'Ma family army' who dominated the track in the 1990s. Three members of the current team are also from the Liaoning area.

Canova, however, declined to speculate on whether the great results of the past were the result of doping, as many suspect.

"In the past there were suspicions about some form of doping -- not only duing the period of Ma Junren -- but I can say now the most clean country in the world is China because they have invested a lot of money in domestic anti-doping," he asserted.

The Chinese team includes Bai Xue, the 2009 women's world marathon champion, who is also in a rebuilding process after suffering a long injury to her tendon.

After the Kenyan trip the team will travel to Italy for a further two months of training before returning home to China.

Wang said plans were also underfoot to send the men's team to train in Ethiopia later this year.

Anlo Traditional Area to organise another funeral for Rawlin...
13 minutes ago