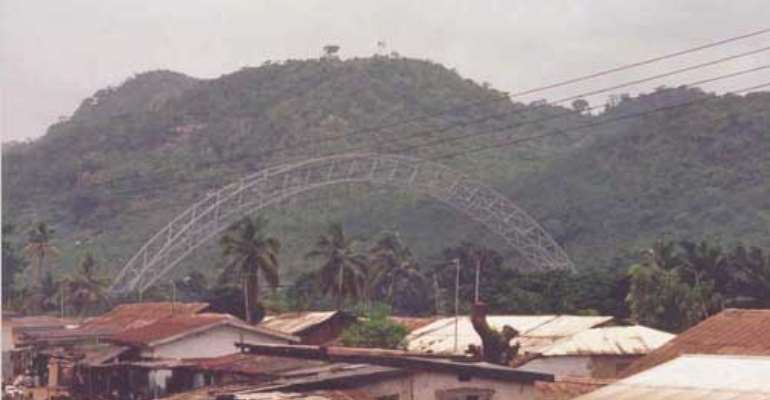 Accra, March 25, GNA- The chiefs and people of Adjena in the Asuogyaman District of the Eastern Region have appealed the Volta River Authority (VRA) to pay adequate compensation to all affected persons as a result of the construction of the Akosombo Dam.

Making the appeal on behalf of his people through the Ghana News Agency (GNA) in Accra on Wednesday, Nana Appiah Barimah II, chief of Ajena said the people were also urging VRA to replace their farmlands with a livestock project.

Nana Barimah said the appeal has become necessary since several demands made earlier to the VRA to have those who released their lands for the project to be compensated had proved futile.

The chief recalled a meeting between the people of Ajena and the VRA officials from Akuse on Monday, August 26, 2002, during which the payment of compensation and the Livestock Project were discussed. He said a letter addressed to him from the VRA on that meeting and signed by the former Chief Executive, Dr Charles Wereko-Brobby, the Authority acknowledged that the town "has got legitimate and valid claims to compensation, and that those claims have remained unpaid to date."

Nana Barimah said even though VRA promised to take the matter up with government on behalf of the people, its assurance to assist "to develop and undertake the Livestock Project", has not materialised.

"The sad situation is that to date no compensation has been paid to Ajenaman for the acquisition of the Dam Site", the chief said. He said the update of compensation assessed by the Land Valuation Board (LVB) was forwarded to VRA as far back in 2000.

"It is obvious that VRA is pulling wool over the eyes of Ajenaman because when we enquired from government concerning the compensation, government shortly replied that the payment of compensation was the responsibility of VRA and any discussion on this should be held with the VRA", Nana Barimah said.

"It is our belief that, as agent of government, VRA is fully responsible for the payment of compensation for the Akosombo Dam Site, and VRA should not try to shirk this responsibility", he observed. Nana Barimah made it clear that because of the release of land by Adjenaman for the Akosombo Dam project, the town has contributed in no small measure towards VRA's success story.