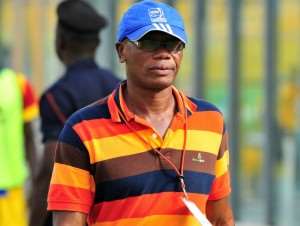 By Ameenu Shardow, follow on Twitter @alooameenu
Ebusua Dwarfs have acquired a new coach but remain tight-lipped on who it is ahead of the start of their CAF Confederations Cup campaign.

The Cape Coast-based side have been without a substantive coach since the mysterious departure of Professor J.K Mintah.

Mintah has reportedly left his post on medical leave.

Rashid Iddi had been in temporary charge until the expiration of his contract a few weeks ago.

The club now says they have signed a new coach but will only outdoor him when they take on Senegalese club ASC Les Jaraaf in their opening CAF Confedrations Cup preliminary round this weekend.

“Come Sunday Ebusua Dwarfs will be out- dooring the coach we have secretly signed ,” the club's spokesman Paul Adjetey Dzane told Metro FM.

“We will not mention his name but Ghana will see our new coach.”

'Captain Smart arrest is intolerance, he did no wrong' – Med...
22 minutes ago