We made Kotoko richer by ¢1 Billion - ex-IMC chairman 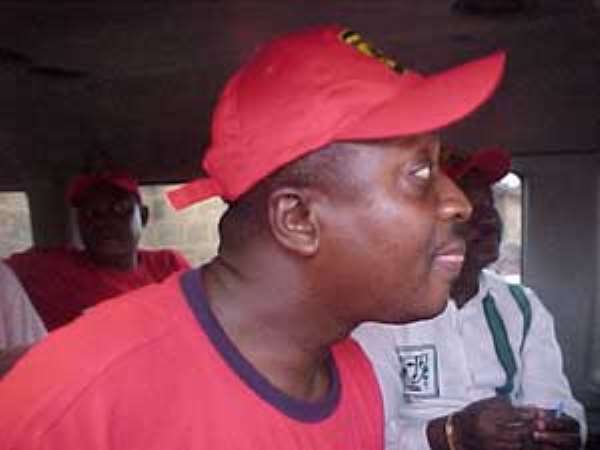 Contrary to speculations of huge deficits by the defunct Kotoko Interim Management Committee(IMC) headed by Sylvester Owusu Asare, “The Chronicle” newspaper has stumbled upon pieces of information which indicate otherwise.

The IMC, in actual fact, made Kotoko richer by a little over ¢1bn at the time it handed over the administration of the club to the new board last January. The Chronicle reports on authority that the IMC made an excess income over expenditure of ¢1,072,137,808, according to an income and expenditure accounts for the year ending December 2003.

A careful study of the balance sheet revealed that the IMC enriched Kotoko's asset base by ¢4,084,375,000 through the purchase of 14 high profile players and the renewal of contracts for 11 old players.

The fixed assets of ¢4,084,375,000, as shown by the said balance sheet, included the ¢850m fine paid by Kotoko to GFA but which is expected to be paid back to Kotoko on GFA's order. The IMC's Chairman, Owusu Asare, told yours sincerely in an interview that the aforementioned feat is in spite of the fact that the IMC took over the administration of the club when the coffers were empty.

He said for the 10-month period the IMC managed the affairs of the team, Kotoko was run on a pre-finance basis solely by a member of the committee and bank overdrafts and that members of the IMC did not take salaries or allowances from Kotoko.

According to him, at a point when the IMC was soliciting funds to pay Charles Taylor, it was Osei Kwame (Despite) and Acheampong Kyei who came to the IMC's aid.

Explaining the accounts of the Kotoko Express, the mouth piece of the club, Owusu Asare said Kotoko made a profit of ¢900m, having saved ¢1,290,515,600 from the sales in Kumasi, out of which a deficit of ¢285m as operational cost, staff salaries and printing cost were off set.

It was further explained that the IMC and, for that matter, Kotoko is not indebted to any individual or organizations in terms of equipment procured for the production of Kotoko Express.

All the three sets of computers procured at ¢89m through one Kennedy Agyapong for the production of the newspaper has been paid for. Agyapong has also received ¢32m in payment for the furniture and T.V. set provided at the office provided by him.

Providing answers to the loan contract of Isaac Boakye to Armenia Bielefeld of Germany, Owusu Asare explained that none of the IMC members benefited from the 50,000 Euro loan contract. “The ultimate beneficiary of the said contract was Kotoko, as a team receiving 27,000 Euros (60%).”

According to him, 5,000 Euros (10%) went to GFA after which 40% (18,000 Euros) of the balance went to Goldfields. The IMC chairman also pointed to a sponsorship package it entered into with Jako Sports of Germany under which Jako would kit Kotoko to the tune of ¢2bn per annum.

The highlights of the transaction were that ¢30m would be given to Kotoko monthly to help its recurrent expenditure, as well as expose Kotoko to German soccer through training tours. Kotoko has since taken delivery of three sets (30 jerseys per set) each of All Red, All White and Yellow and Black jerseys under this sponsorship.

Gate proceeds from friendly, Ghalca Top 4, Swag Cup matches and Cup Winners Cup yielded ¢6,081,014,284 according to the statement of account referred to. These, the IMC considers a great legacy it bequeathed to Kotoko and should attract some commendation and not condemnation.