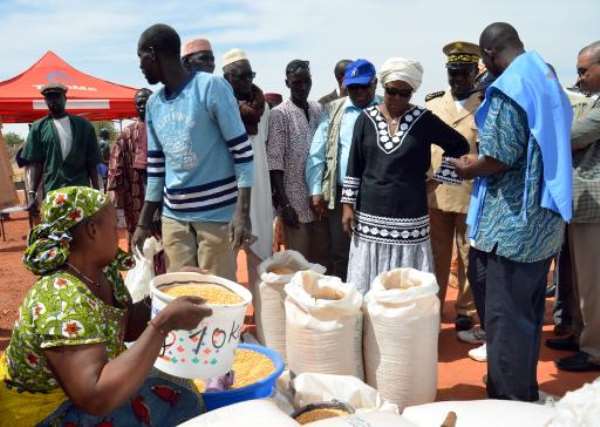 Sydney (AFP) - The UN's World Food Programme (WFP) is scaling back projects in a number of countries as it confronts a $1 billion funding shortfall, with costs mounting for missions such as Syria, its director said Monday.

Ertharin Cousin is in Australia as part of a tour to drum up support for the United Nations agency among donor nations and the private sector to help feed the world's hungry.

"We have about $1 billion more in identified need in 2014 than we have projected revenues," the executive director told AFP.

She said rations were being slashed across programmes in nations including Haiti, Niger, Mali and Kenya, where refugees in the sprawling Dadaab camp saw 10 percent cuts in December and a further 10 percent last month "because we lack enough money to feed everybody a full meal".

Costs are mounting for complex and dangerous operations in Syria, where the WFP is aiming to reach 4.25 million hungry people at a cost of $40 million a week.

An aerial mission in December involving 12 food flights from Iraq to Qamishli in the embattled Al-Hasakah region of Syria -- cut off from roads for the past 12 months -- cost $800,000 and fed only 6,000, Cousin said.

She said there were "hundreds of thousands of people (in Syria) that we can't reach on an ongoing basis" but stressed that where aid was getting through, "it means that we're making a difference".

Costly aerial operations were also being considered for the war-torn Central African Republic, where Cousin said more than 50 WFP trucks were held up at the border awaiting armed escort and some 800,000 internally displaced people needed food.

"We are planning to fly food next week from Cameroon into Bangui City," she said.

"Again it will cost us more and we will have fewer people that we can serve, but if we don't start next week we won't have enough food left to feed people inside Central African Republic anymore."

Cousin is pushing for more individual and private-sector donors, highlighting the UN children agency UNICEF as a model. It receives more than 60 percent of its funding through such channels, compared with five percent for the WFP.

She is also hoping to broaden the agency's funding base beyond traditional donors such as Britain or the United States to include booming economies like China and Saudi Arabia.

"They are beginning to come, we received a donation at the end of last year from China as well as from Saudi Arabia for our programmes in Syria, but we're hopeful that they will become much like Australia, a regular reliable donor," she said.

"I'm going to all those places to tell the stories, to build the public will and to increase our support."