THE SORRY STATE OF KUNBUMGU SHS 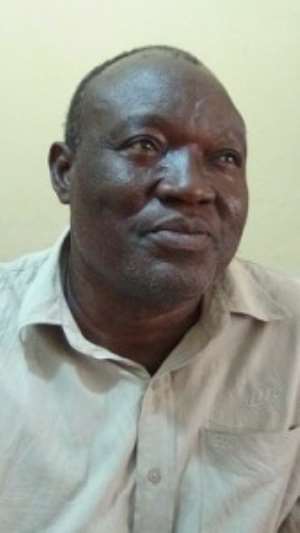 A VISIT by The Chronicle to the Kumbungu Senior High School (KUSSEC) has not only revealed the array of teething problems facing the school, but its total neglect by successive governments.

In spite of its large population of about 1,400 students and its proximity to the Northern Regional capital, Tamale, the Kumbungu Senior High School is by far one of the most deprived SHS in the region, as it lacks almost everything that are supposed to enhance effective teaching and learning.

The School, since its establishment in 1990, has seen little or no expansion or renovation, as the few infrastructure that were put up for the initial student number of 35, which have exhausted their usefulness, are still the same structures serving the about 1,400 students who are currently in the school.

The Chronicle gathered that the few additional structures available in the school were provided by the school's Parents Teachers Association (PTA) and a two storey classroom block being financed by the GETfund had been stalled for the past three years without any justification.

Speaking in an exclusive interview with this paper, the Headmaster of the School, Mr. Francis Tia said that the problems of the school required the government and the Ghana Education Service (GES) to give it a special attention.

According to him, teaching and learning had become extremely difficult for both the students and teachers in the school due to the lack of infrastructure.

He noted that even though the teachers were still committed to work and the school continued to excel in WASSCE examinations, the situation could breed indiscipline and immorality and teacher frustration.

The headmaster complained that about 85% of the students were from outside the Kumbungu District and must, therefore, be in the boarding house, but all of them are in rented rooms within the various communities in the district, which makes it extremely impossible for the authorities to monitor their activities after classes.

Praying to the GES to turn the Kumbungu SHS into a boarding school and provide dormitories to cater for the accommodation needs of the male and female students, especially those from outside the district.

The Headmaster also called for the immediate provision of an Assemble Hall to save the students from always parading in the scorching sun during induction sessions.

Every academic year, the school, according to him, is compelled to cut down the number of students who get admission, due to inadequate classrooms. He, therefore, called for the construction of more classrooms to enable the school to admit more students who qualified for admissions and also reduce the lopsided student-teacher ratio.

In this modern era where Information Communication Technology (ICT) and the use of computer has become the driving force for educational, social and economic development, the Kumbungu SHS has no computer, library or laboratory. None of the 1,400 students has ever touched or had a feel of a computer before.

The school's inability to provide accommodation for the over 40 teaching staff is also one of the serious challenges facing the school as majority of them live in rented apartments in the community and the rest commuting to and from Tamale each day for classes.

On the other hand, Mr. Tia expressed grave concern over encroachment on the school's land by some private developers.

According to him, his administration had made several attempts to drive away the encroachers but to no avail, because the lands were sold to them by the Chief of the area.

He, therefore, called for immediate attention from the government and the Ghana education service to provide fence wall around the school land. Currently, the school football and athletics field he said had been taken over by the encroachers.

Mr. Tia appealed to the government through the Member of Parliament and the Northern Regional Minister to prevail on the Chief to release the land back to the school to support future development.