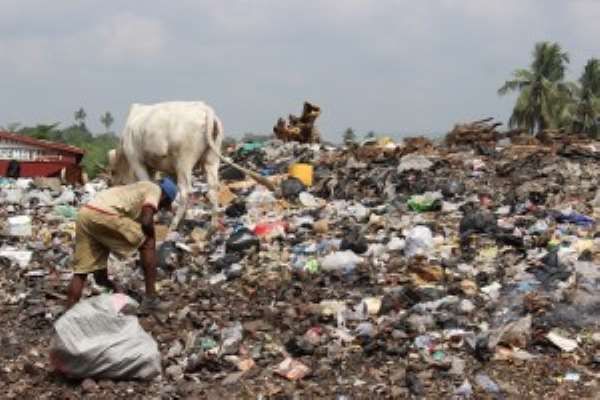 The Techiman Municipal Assembly has earmarked GH¢137,000 to fight filth. in its quest to attain a Metropolitan Assembly status.

Mr. Philip Oppong Amponsah, Municipal Chief Executive, who disclosed this at a stakeholders' meeting to solicit views to fashion out development strategies for the Municipality, said  the GH¢137, 000 would be used to acquire refuse containers to help manage waste collection.

According to Mr. Philip Oppong Amponsah, the stakeholders meeting would be instituted as an annual event, to enable the people of the area to contribute towards the socio-economic advancement of the Municipality, and also to offer the opportunity of the assembly to review its performance.

Mr. Amponsah said the outcome of the meeting would be incorporated into the Medium Term Development Plan {MTDP} of the assembly towards accelerated development.

He also disclosed plans by the Assembly to turn the maternal health unit of the area into hospital for women and children to reduce the pressure at the Techiman Holy Family Hospital and other Hospitals who attend to pregnant women under difficult circumstances.

The MCE appealed for co-operation and unity in the Municipality and entreated parents to take the education of their children very serious as education was the bedrock for development.

He told businesses and other stakeholders of the Assembly to take advantage of the Public Private Partnership {PPP} to initiate development projects as the assembly alone cannot provide all the needs of the people.