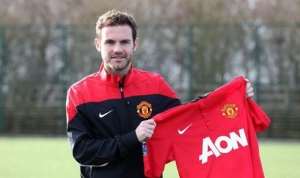 Manchester United manager David Moyes believes the options he now has available in his squad will guarantee an improvement in his team's results.

Moyes was able to give club-record signing Juan Mata a debut in the 2-0 win over Cardiff City last Tuesday and strikers Robin van Persie and Wayne Rooney both returned from injuries against the Welsh club.

Van Persie had been absent since December 10 and Rooney had not featured since  January 1, while the duo have started just seven of United's 23 Premier League matches together.

Mata's last appearance for Chelsea came in their 3-0 win at Southampton on New Year's Day and Moyes admits all three of his first-choice forward players may have to top up their fitness during matches.

Rooney came on for Van Persie just after the hour against Cardiff, with Mata playing behind the main striker until he was taken off with five minutes remaining at Old Trafford. — AFP