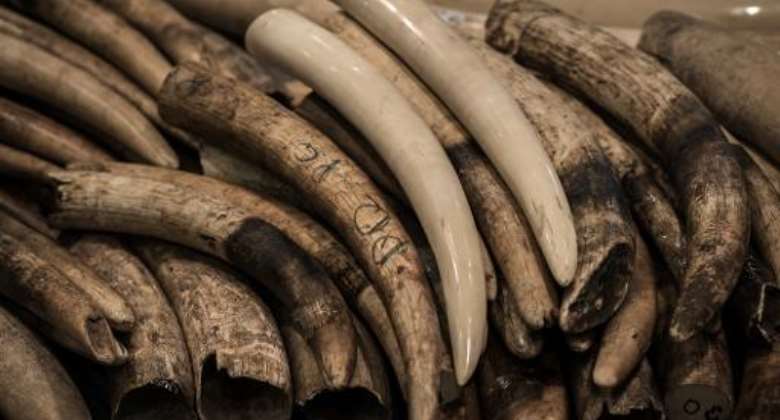 Despite the world ban, ivory trafficking has increased in recent years because of high demand, particularly in Asia. By Philippe Lopez (AFP/File)

Lome (AFP) - Police in the west African country of Togo have found more than two tonnes of ivory loaded in a container in the port of Lome, the government said on Thursday.

The new haul brings the amount of ivory seized at the port to nearly four tonnes in a week. Last August, 700.5 kilogrammes of ivory were found in a shop in the capital.

International trade in ivory was banned in 1989 under the Convention on International Trade in Endangered Species of Wild Fauna and Flora or CITES.

Togo's minister of environment and forest resources, Andre Johnson, told AFP that 2.1 tonnes of ivory was found in two containers on Wednesday.

The containers were part of the same shipment where nearly 1.7 tonnes of ivory was found last Thursday, he added.

"The owner of the container is Vietnamese. He has been arrested with two Togolese nationals. Investigations are still ongoing to dismantle this ivory trafficking network," said Johnson.

Despite the world ban, ivory trafficking has increased in recent years because of high demand, particularly in Asia, where elephant tusks are used for decorative objects and in traditional medicine.