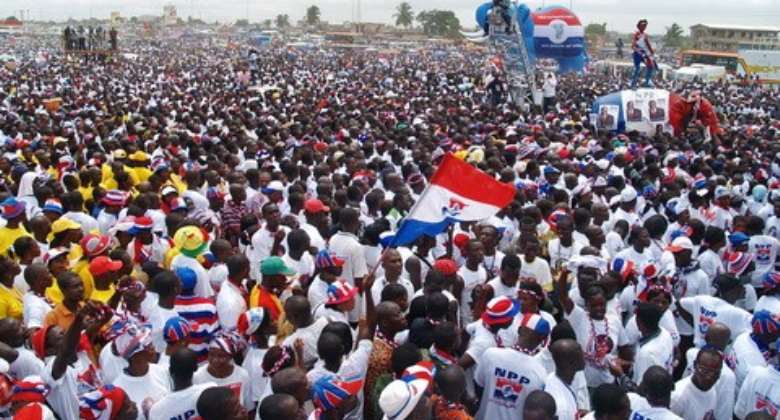 The opposition New Patriotic Party has been hit by serious financial difficulties forcing it to set aside its constitution on organizing national elections.

Joy News has learnt, that it will cost the NPP an estimated one million cedis to fully implement the constitutional provision.

The party's constitution demands the gathering of delegates at a central location for the purpose of electing national executives.

An internal letter written by the party's National Chairman and intercepted by Joy News says the party cannot raise the needed funds to fulfill the constitutional provision.

It has therefore decided to ignore the constitution and opt for a decentralized election process which is estimated to cost GH¢ 150,000.

The party has not yet been able to fully raise this amount and is depending on filing fees to be paid by candidates.

This news comes after a fierce critic  and Member of Parliament for Assin-Central  in the Central region , Kennedy Agyapong disclosed that, in order to get the current national executives out of office for being a liability in the 2012 general elections, he is setting aside an amount of US$20million to canvass for votes against them.

“These people who cannot raise money to organize regional or constituency elections cannot be our leaders, and if they are voted for I will give them a showdown,” he said.

Although the decision has been sanctioned by National Executive Committee, it is already being challenged by some party stalwarts.

Lining up in opposition, the Minority Chief Whip and NPP MP for Suhum, Fredrick Opare Ansah has objected to the decision in a strongly worded petition to the party's National Executive Committee.

He argues, a decentralised national election will cost "far more than simply gathering delegates in one location to vote"

He has also accused his chairman of "lacking integrity and a good sense of judgment to do what is right".

He is joined by an aspirant for General Secretry Kwabena Agyepong.

But the National Chairman, Jake Obetsebi Lamptey has replied defending the decision in a letter insisting "the option of the greater good should guide us away from narrow legalities that cause greater injuries".

The party will on March 1 hold its National Delegates' Conference for the election.