Ghananians to vote in referendum on constitutional amendment 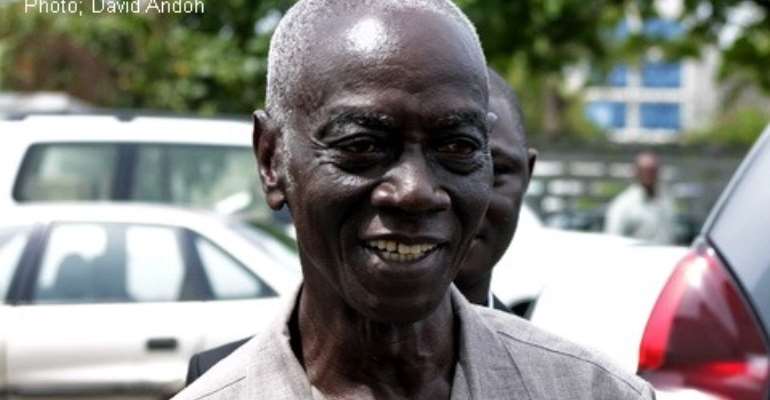 Ghananians will be voting on proposed changes to the 1992 constitution this year - the first time ever a constitution will be amended via referendum.

The Constitutional Review Implementation Committee (CRIC) is working in collaboration with the Electoral Commission (EC) to hold a referendum on proposals for constitutional amendments this year.

The amendments would include some entrenched provisions in the 1992 Constitution.

Professor Emmanuel Victor Oware Dankwa, the Chairman of CRIC, made these remarks at a human development forum organised by the National Catholic Secretariat in Accra yesterday.

The forum was organised for the CRIC to inform the public about the expansion of economic, social and cultural rights in its proposals for amendments to the 1992 Constitution.

The CRIC was established in 2012 to assist the government in the implementation of recommendations made by the Constitutional Review Commission.

“We did not work on the transitional provisions because they were not part of the recommendations of the Constitutional Review Commission,'' he said.

He said the CRIC would put together the proposed changes of the entrenched provisions into a bill to be voted on by registered voters, adding that “we shall take appropriate steps to educate the public on the subjects of the referendum".

According to Prof. Dankwa, the CRIC would forward another bill to Parliament which would contain the proposed amendments for non­entrenched provisions in the Constitution after Cabinet approval.

Entrenched provisions for referendum
Prof. Dankwa said the subjects to be voted on during the referendum would include the establishment of an independent emolument

commission to determine the salaries and financial privileges to article 71 beneficiaries and the abolition of the death penalty.

Others are the provision of rights to adequate food, housing, a reasonable standard of sanitation, among others, and a parliamentary approval for the declaration of war by a President.

Non-entrenched provisions
According to Prof. Dankwa, some of the non-entrenched provisions subject to parliamentary amendments include the abolition of regional tribunals, election of district chief executives prior to which the President would nominate not more than five people, upon which the Public Service Commission would vet and pass three candidates to stand for the election in the district.

Others are the proposed revision of the retirement age, subject to the exigencies of a particular profession.

“Parliament could, for instance, increase the retirement age for doctors to 65 years because the country has a deficit of medical doctors,” he added.

Gay rights criminal
In response to the provision of laws to ban the practice of homosexuality in Ghana, Prof. Dankwa said that there was already a law banning the practice, adding that “if you look at the criminal code, it is quite clear”.

He said feedback by the CRIC to Ghanaians was crucial for consensus building towards a nationally-owned constitution.

Background
The Constitutional Review Commission (CRC) was inaugurated by the Late President John Evans Atta Mills on October 11,2010, to solicit views from the public on the review of the 1992 Constitution.

After the CRC submitted its final report on December 20,2011, a Constitutional Review Implementation Committee was formed on October 2,2012 to assist the government in the implementation of recommendations made by the CRC.