Oware calls Ken Agyapong bluff...dares him to form his own party 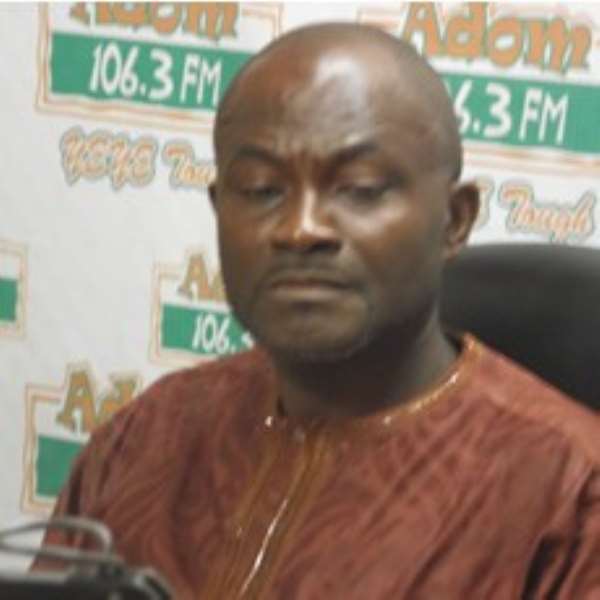 First Vice Chairman of the opposition New Patriotic Party (NPP), Fred Oware has thrown a challenge to the Member of Parliament for Assin Central, Kennedy Agyapong to go ahead and form his own party if the NPP is too small for him.

He said it is about time the party stamp its authority and punish people, whose actions and inactions bring the name of the party into disrepute.

Fred Oware was reacting to the Assin Central MP's threat to form a new political party should the current National Chairman, Jake Otanka Obetsebi-Lamptey retain his position after the upcoming delegates' congress on March 1, 2014.

The outspoken MP, who described the current executives as “corrupt” stated unequivocally that “I am setting aside $20 million to give Jake a showdown”.

In a rebuttal, Fred Oware on Asempa FM's Ekosii Sen programme Tuesday, called the bluff of Ken Agyapong and dared him to form the party before the March 1 congress.

According to him, the NPP is bigger than any individual therefore no one can take the NPP hostage, adding, “the spirit of the NPP is very strong so if I decide to form my own party, even my house boy will not even vote for me".

The aspiring National Chairman bemoaned how “hotheaded” people in the party make unsubstantiated allegations to injure the integrity and electoral fortunes of the party and are left to go scot-free.

“Money is not everything; it is people, who will vote for the party but such misguided utterances can prevent people from joining the NPP”, Mr. Oware noted.

Fred Oware therefore called on the party leadership to as a matter of urgency institute disciplinary actions against such persons to serve as a deterrent to others.