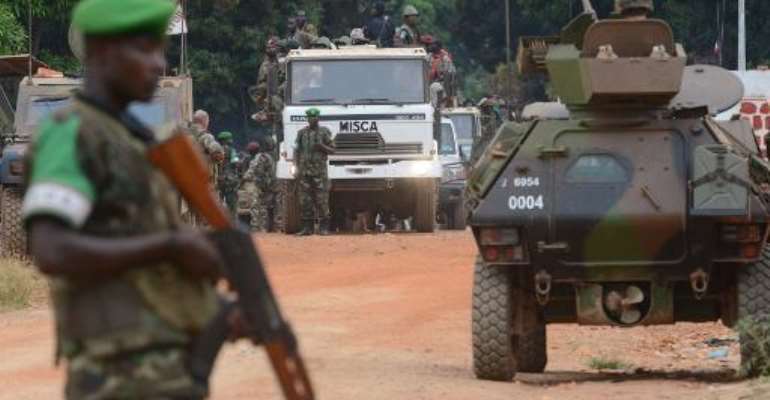 Former Seleka militants are escorted by French troops of the Sangaris operation and Rwanda's MISCA peacekeepers out of Kassai military camp in Bangui on their way to another camp outside the city on January 28, 2014. By Issouf Sanogo (AFP)

An African Union force now in the country is intended to reach 6,000 troops but ambassador Gerard Araud told reporters this "is considered now too low because frankly the situation is very, very dire and the country is huge. The (UN) secretariat is really thinking that at least 10,000 soldiers are necessary."