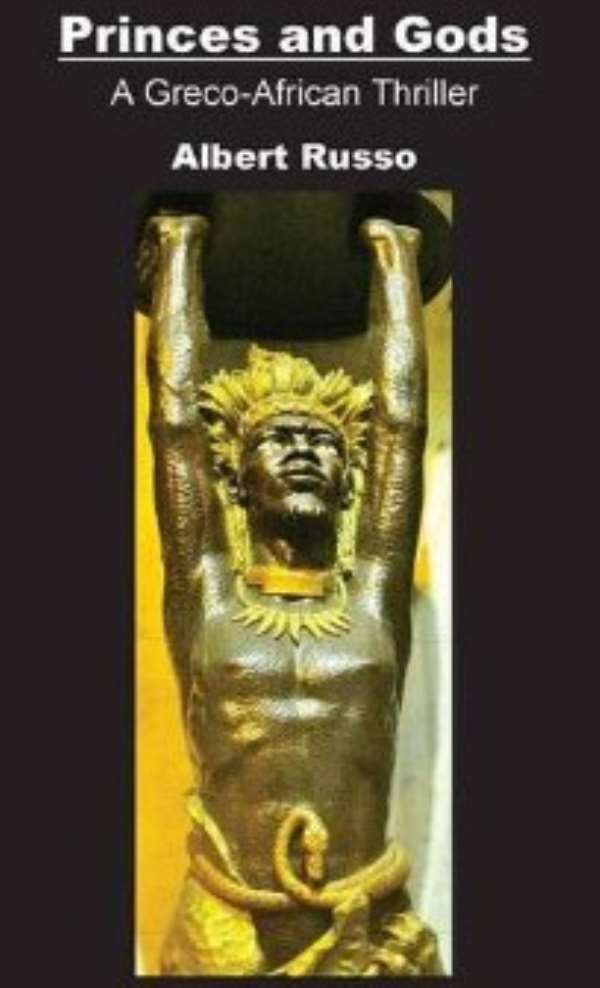 This thriller by the award-winning author Albert Russo was nominated for The 2000 International Frankfurt Book Fair Awards, along with the formerly entitled novel “Mixed Blood”, and won the British Diversity Award in London. This novel has the ingredients of an African and a Greek tragedy at once and the author had initially thought of calling it: “Princes and Gods”.

“Princes and God's power lies primarily in the scenes when the African reality, Russo deals with, is set as the background in front of which the narrative unfolds and with which it interacts, without bombast,” (Jean-Luc Breton, Small Press Review and World Literature Today)

Every page shows the author's fascination for the Eden-like land and his sadness of what men made of it. This thriller, based on historical events, is set in Rwanda-Urundi, till 1962 under Belgian rule. The action takes place in Buja, the capital overlooking Lake Tanganyika. The time is before Independence. The population is constituted of Tutsi, a minority ruling over the majority of the land: the Hutu. This is the reason for internal pressures, about to explode (Professor Moshe Liba, polygot, writer, poet, artist and former Ambassador to 8 African countries).

His work has been translated into a dozen languages in 25 countries, on the five continents.

Latest Photo Reports
Catch up with all the political quotes from our politicians.
Advertise here
More Book Review
ModernGhana Links
Thoughts Of A Nima Boy: A Conversation With A Bookstore Keeper And ‘Ace Of Spades’ Book Review
Book Review: An Eye To The Truth: The Story Of Ghana’s Independence by Kabral Blay-Amihere
How Africa Was Demonized In Western Media
Book Review: Selected Papers And Lectures On Ghanaian Law
Ucc, Gij Students Publish Book On Solving Ghana’s Problems
Businessman, Mutumwa Mawere’s Book, ‘When Minds Meet’ Gives the World a Glimpse on the Causes of Africa’s Problems
Book Review — ‘My Footprints in Ghana’s Black Gold’ by Dr. A Ofori Quaah
The Mango Seed
Ugochukwu Ejinkeonye's Peep Into Nigeria's Looting Culture [Book Review]
TOP STORIES

Withholding salaries of workers without Ghana Card illegal –...
5 minutes ago