Mourinho would have been 'happy' had Essien stayed put 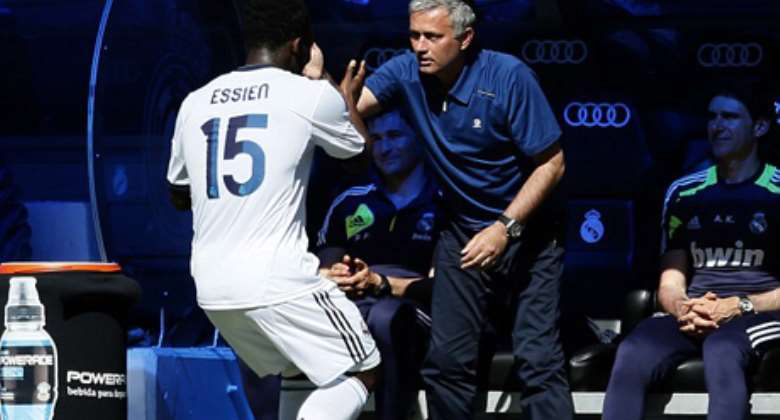 Chelsea manager Jose Mourinho revealed that he would have been happy if Michael Essien had opted to stay put but wished the Ghanaian midfielder “success and happiness” at AC Milan.

Following eight and a half years at Stamford Bridge, Chelsea announced on their official website that the 31-year-old Essien has completed his move to Milan – who he will be reportedly joining on a one-and-a-half year deal.

“To show Michael respect is to not stop him going,” manager Jose Mourinho told the Chelsea's website.

“We would have been happy had he stayed because he is a fantastic player for the team but he's given everything for the club and a great chance arrived for his future.

“I know he can continue to play at a high level and I wish him success and happiness in Italy and at the World Cup in Brazil,” said Mourinho.

Essien joined Chelsea in 2005 from French side Lyon as he helped the Blues secure a Champions League title, two English Premier League trophies and Four FA Cups during his tenure in London.

The Ghana holding midfielder, who spent last season on loan at Real Madrid, made 256 appearances for Chelsea – during which he netted 25 goals.