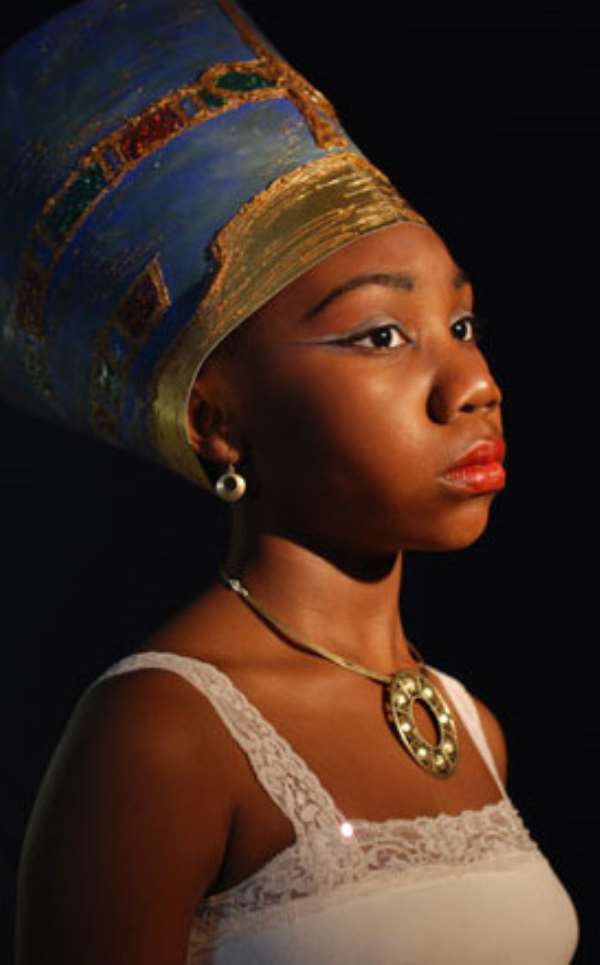 The virginity of the day had almost broken, given the nature of the early morning euphoria exhibited in Ashaiman. The settling bats flapped their wings for another journey as the Imam calls for the Azan through the creaky microphone. Ashaiman's bright early morning sun could be seen swallowing spots of darkness in the air, with traces of friendly impregnation of energy and exuberance into the locals.

Aggressiveness filled the atmosphere as daylight forced its way into life of a new dawn. The early morning air was a marriage of harmattan and the Ga sea breeze. Pockets of stubborn paragliding aroma from the Koko and Kose seller by the road smuggled its way into the noisy air.

The infant sun swept its way through the windows, gradually eating my feet. I slowly made my way into the gents, freed myself of the sad story Caro told me the night before. There was lightness within, perhaps I failed to fill my belly with the boiled yam, but come to think of it, who would hear such a jaw-opening story and continue to devour yam? Not even a condemned Nsawam prisoner would. Comfortably posing in slumber was the sleeping beauty who was almost in her birthday suit. I scribbled my contact and left it on the bed before I took a bow. She might need it.

I met Mama Zee puffing an early morning weed in the compound. I confided in her I was unable to sleep with her colleague due to my marital status, wifey has crippled me with this marriage thing. “I no fit comot the tonga oo, I beg, for try settle the taxi fare small give me” I topped in Pidgin. I chalked some three points from her. Wowed as she was, Mama Zee blessed my day with two papers of 50k. I stood at attention, chest out and gave a salute before heading home to see my pregnant wife.

Temptation has never rocked me this far since I married my wife, Nefertiti. Ladies of all shapes and sizes have always expressed their interests in a rather mundane way. But, I will never trade wifey for anyone or anything on mother earth. As to whether she could also replicate this feat is a question to be answered another day. But truth be told, wifey, before I met her, she appeared to me a femme fatale carved out of Kushite root. Indeed, I've never met any African woman like Nefertiti.

Her taste for originality coupled with her strong touch of core spirituality and naturalness made me fall for her. Let no one be deceived that there is nothing as love at first sight, for mine was and will still remain a true example of that. Apart from our first ancestor Adam who fell for Eve, perhaps he was bereft of choices, mine was far from that. I was spoilt for choice. As African as I am, life has always been fair to me.

We met at last year's Bob Marley's night at Tawala. Lots of believers had marched up to the beach to pay homage to the great son of the land, Robert Nesta Kwabena Marley. That same month marked my second month in the cab-driving business. That evening, two Vandal men from the University of Ghana had made my day. These lads, l later gathered were natty reggae musicians,paid me a double of their fare.Their reason:I kept them soaked in tunes of the Tuff Gong, Bob Marley. They sang his songs to the brim interlaced with interjections of their own versions. Redemption song was the last straw.

Once we got to Tawala, I felt the spirit of the Caribbean had been stitched to the coast of Ghana. It took me sometime to realise l was in the motherland. Boys and girls spoke patois, the 'Jamaican remix' of the West African pidgin slang. Reggae and the Ethiopian flag colonized the beach. The least said about the dancing of Sensimilla smokes in the air that evening, the better. It was in the midst of this electronically-charged atmosphere that l spotted this Nefertiti. She was perfectly painted in what appeared to be a GTP wax cloth. Anyone who knows me would swear by the ancestors that I would never seal my mouth of fine comments for any lady in such prints, even if it meant crossing ten rivers and jumping over mountains. Motivated by the cool tapping sound from the DJ, I kept spying on this African damsel in the teaming reggae fans.

Minute passed and felt as a mere spectator just viewing some irie Rastafarians paying glowing tributes to their Messiah. Knowing I had lost the battle, I entered my crip, bang the gate and ignited the engine. Lo and behold, a solemn knock blessed my right louvre. “Hello, are you going anywhere near Labadi?” Oh yes yes, sit'. What miracle could have been more appropriate than this? Now, here sat the lavida I had fixed my twin eyes on the minute i noticed her. Goose bumps engulfed my whole skin as I drove. A hungry Somali child with served with pizza knows not how to start eating, they say. I was lost for sweet words, this can't be?, not even at this moment. In my right frame of mind it wouldn't have taken me past a minute to to turn her eyes blue. All my friends could vouch for my sweet words, this was a feather in my cap I needed to pick. By my side was the empress I had hunted, and finally captured to possession, the only agenda left was to create that lasting impression in her heart. Whew, man born for war never fear bullet, I said to myself. What happened next was history. The gist is; I came, I saw, I conquered.

The long and short of the story is that I was able to create a good impression, we exchanged contacts, I drove her to her home and I asked her out the following day which she turned down with an infectious smile. Her excuse; her dad was very strict, a veteran military officer who happened to have fought in Burma. The old soldier just can't stand civilians around his daughter. I didn't push harder for the date because I had planted in her a crop she would later need me to harvest.

Days passed and within weeks I devised a creative means of meeting Nefertiti, her workplace was the ideal field. She is a nurse, specialized in reproductive health and attached to the PPAG headquarters. Nefertiti had an office where she counselled both adults and adolescents who were itching to have the 'tonga' experience. Issues of sex and marriage excites the youth. She ritually bothered me with irritating figures of youths involved in HIV/AIDS, which I thought were preposterous. Many PLWHA were and are still innocent, some were first time doers- probably out of curiosity. Others, such as Caro contracted it through occupational hazard.