One Visit And Vinegar Diagnosis For Cervical Cancer 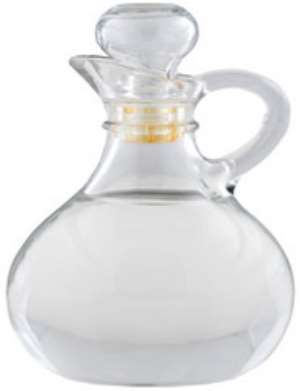 Worldwide, a woman dies of cervical cancer every two minutes, taking the annual toll to 275,000. The disease is preventable, and yet the second largest killer of women in low and middle income countries, with most women dying in the prime of life. According to the Cervical Cancer Global Crisis Card, India tops the chart in cervical cancer deaths with nearly 73,000 women dying every year, representing 26.4% of the global deaths.

During the ongoing 7th Asia Pacific Conference on Reproductive and Sexual Health and Rights (7th APCRSHR) in Manila, Dr Cecilia A Lladines-Llave of Philippines focussed on secondary prevention of cervical cancer through screening and early treatment of premalignant lesions using a low cost and patient friendly strategy suitable in low income countries. According to her The Single Visit Approach (SVA) is an efficient and effective strategy to prevent cervical cancer in a low resource setting like Philippines.

She lamented that while the developed countries have managed to achieve a 90% decline in incidence and 70% decline in mortality due to organized screening programmes, the scenario is dismal in developing countries where cervical cancer is diagnosed very late. Projections show that by 2030, almost half a million women will die of cervical cancer, with over 98% of these deaths expected to occur in low and middle income countries (LMICs). The Pap Smear test's non-feasibility in low- and middle-income countries can be attributed to its high cost, lack of facilities to provide services, poor patient compliance and their inability to come back on follow-up to obtain the result.

Through the Cervical Cancer Prevention Network Programme (CECAP) she is promoting SVA which is basically making cervical cancer screening programmatically more effective by linking it to counseling and treatment, all done in the same day of visit. It eliminates financial and logistical obstacles caused by multiple clinic visits. SVA allows health providers to use visual inspection with acetic acid (VIA), popularly known as table vinegar, to identify precancerous cervical lesions and provide treatment at the same visit using a freezing technique called cryotherapy. This medically approved method was piloted in 4 cities of Philippines through CECAP which is dedicated to empowering the Filipino women by increasing their awareness and knowledge about cervical cancer prevention, generating demand for services, and enhancing national commitment to reduce cervical cancer morbidity and mortality.

The CECAP Initiative in the Philippines is strengthening local capacity to deliver effective, high-quality, sustainable screening and treatment services based on the SVA. It envisions creating best practices scenario for a sustainable cervical cancer prevention programme in Philippines by building capacities of the community in the provision of quality services for single visit approach with healthy lifestyle and vaccination through advocacy and information campaigns.

Dr Lladines-Llave proudly informed Citizen News Service (CNS) that, "To date, the programme has successfully conducted 34 Clinical Skills Trainings (CST) and trained 615 health professionals (262 doctors, 160 nurses, and 193 midwives) through 5-day courses making participants competent in performing VIA as a means of screening for cervical cancer or its precursors in preparation for treatment of the abnormal cervix by cryotherapy. The CST is followed by capacity building --allowing participation of locally available health care providers in a competency-based training on the SVA by the already qualified clinical trainers. Under this programme, nearly 70, 000 Filipino women have been screened for cervical cancer, out of which 68,179 were VIA negative; 1,153 were VIA Positive and 73 women suspicious of having cervical cancer were referred for further evaluation. Through advocacy, education and community outreach, levels of awareness have increased manifold and thousands of Filipino women now know that cervical cancer is preventable."

She emphasized upon the need to scale up SVA, and not just VIA, to all communities in the country; to have cryotherapy treatment as an outpatient service; integration of human papilloma virus (HPV) vaccination as a primary prevention; and to include breast cancer prevention in the National Health programme.

Cervical cancer is a silent killer with rarely any early signs or symptoms, making timely diagnosis all the more difficult. While numerous tools exist to prevent cervical cancer, these interventions remain largely inaccessible to the girls and women who need them most. Despite the proven link between the Human Papillomavirus (HPV) and cervical cancer, HPV vaccines are not yet widely available and screening rates remain low in much of the world. Lack of awareness and deep seated stigma associated with the disease also pose significant barriers to access.

Governments of low- and middle-income countries could learn a lesson or two from the Philippines model and consider not only implementing VIA screening programme, but also treatment component of pre-cervical cancer lesions to make a dent on cervical cancer prevention. (CNS)

Bogoso explosion: Gov’t will do everything to restore normal...
57 minutes ago