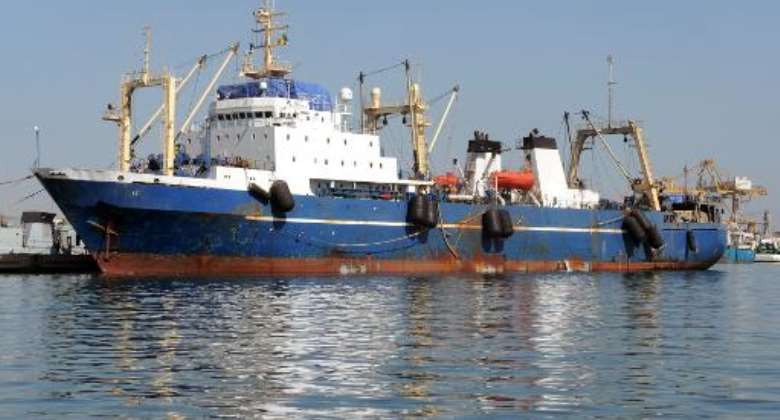 Moscow (AFP) - Moscow has paid $1 million (750,000 euros) to Dakar in exchange for the release of a trawler accused of fishing illegally off the coast of Senegal, both sides in the dispute said Wednesday.

The announcement by Russia's fishing authority referred to the sum as a deposit, while the Senegalese fisheries minister referred to it as a fine.

Senegal impounded the Oleg Naydenov on January 4 after accusing it of fishing without a permit in its waters, causing an uproar in the Russian press.

The ship is now "free to leave", Senegalese Fisheries Minister Haidar El-Ali said, adding: "We accepted the transaction because going to court would take a lot of time and the outcome would not be guaranteed."

Earlier on Wednesday, the Russian Federal Fisheries Agency said El-Ali had, in a telephone conversation on Tuesday, "assured the Russian side that after the deposit procedures were carried out the ship would be released."

El-Ali, a renowned environmentalist turned minister who has long fought for the west African nation's waters, boasted on Wednesday: "Senegal has shown its determination to manage its fishing resources well."

After he became fisheries minister in 2012, El-Ali cancelled the licences of more than 20 foreign trawlers amid growing resentment among local fishermen whose 30-foot "pirogues", or dugout canoes, could not compete with a heavily subsidised European Union fleet of 10,000-tonne factory ships.

But non-EU trawlers are continuing to overfish the coastline, and families are finding it increasingly difficult to source the main ingredient for Senegal's national dish, a fish and rice meal known as tieboudienne.