Man, 64, in court for impregnating granddaughter 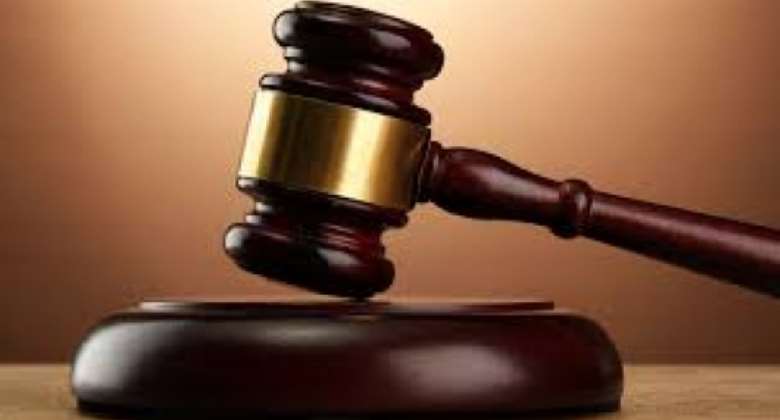 A 64-year-old man was yesterday arraigned before an Accra circuit court on counts of defilement and incest.

The accused, Emmanuel Oko Lartey, a businessman, was said to have defiled his 15-year-old granddaughter, resulting in a pregnancy.

The victim delivered three weeks ago at a secluded place allegedly provided by Lartey.

Lartey pleaded not guilty to the charges and was remanded in custody to reappear on January 30, 2014.

Case of the prosecution
Prosecuting, Assistant Superintendent of Police (Mrs) Sarah Acquah told the court presided over by Ms Ellen Amoah that the victim lived close to the accused person who happened to be her maternal grandfather at Korle Gonno in Accra.

The prosecution told the court that Lartey had sexual intercourse with the victim on two occasions when she went to run errands for him last year.

Victim gets pregnant
According to the prosecution, the parents of the victim later realised the victim was 32 weeks pregnant and upon interrogation, she disclosed that her grandfather was responsible.

However, the accused person managed to hide the victim at an unknown location until she delivered.

Lartey was picked up after investigations and charged with the offences.

Man defiles cousin
In a related development, an unemployed man has been remanded in custody by an Accra circuit court for defiling his 13-year-old cousin.

Abdul Rashid Morgan Acquah, alias Zion Junior, was alleged to have defiled his cousin sometime in 2013.

He has pleaded not guilty to one count of defilement and has been remanded by the court presided over by Ms Ellen Amoah to reappear on January 30, 2014.

According to the facts of the case as presented by an Assistant Superintendent of Police, Mrs Mary Acquah, the victim and the accused person lived in the same house.

Last year, Acquah was said to have lured the victim into her grandfather's room and had sexual intercourse with her.

He repeated the act on two separate occasions until a house help informed the victim's grandmother that Acquah had been making sexual advances at her (house help).

The house help's complaint prompted the victim's grandmother to interview her on whether or not Acquah had made passes at her too.

At that point, the victim narrated her ordeal to her grandmother who subsequently lodged a complaint with the Odorkor office of the Domestic Violence and Victims Support Unit (DOVVSU) of the Ghana Police Service.