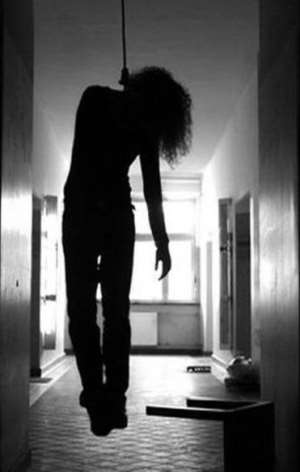 The figure is a sharp increase compared to 14 suicide cases recorded in the 2012 in the region.The deceased ages range from 13-60 years.

Statistics from the Eastern Regional Police Command,indicates that,in 2012,14 suicide cases were recorded in the region as against 26 cases recorded in 2013,an increase of 12 cases representing 85% .Investigations conducted points out relationship and marital problems as a major cause of the suicide cases recorded last year in the Eastern.Hanging was also identified as leading method of committing the act by the deceased persons.

Speaking to the former Chief Psychaitrist at the Ministry of Health,professor Joseph Bediako Asare,he explained that,many suicide case in are due to depressions ,psychosis and stigmatization out of diseases among others.Prof.Asare therefore for society and family members to easily identify such individuals for counselling by Psycologist and other experts to help decrease the menace.

The World Health Organization (WHO) has estimated that by the year 2020, 1.5 million people will kill themselves annually worldwide. The numbers make suicide and suicidal behaviour and other diseases a top health priorities by the WHO for the first decade of this millennium.

Committing suicide or attempting to commit suicide in Ghana is a criminal act and in which some Civil Society Organisations are calling for the decriminalisation of suicide so that persons who have the intention to commit or are contemplating the act can come boldly come out for help.

Section 57 Clause 2 of the 1960 Criminal Code of Ghana clearly states that attempted suicide is a crime.

The Chief Psychiatrist at the Ghana Health Service, Dr. Akwasi Osei, has earlier stated that 93-95% of all suicides and attempted suicides are from mental disorders, with over 80% from depression.

Head of the Sociology Department at the University of Ghana, Dr Dan-Bright Dzorgbo, has stated in a publication on Ghanaweb that, the rising cases of suicide in Ghana was as a result of social inequality; due to the wide gap between the rich and the poor.

He explained that even though Ghana could be classified as a lower middle-income country, only a few people in the country were economically satisfied, leaving the majority to wallow in abject poverty.

He added, due to social mobility majority of people strive to move up the social ladder and might contract loans, adding that, the inability to pay back due to disasters such as fire outbreaks sometimes resulted in suicide.

He said there were some hopelessness in the country without any social support mechanisms to address the needs of the disadvantaged, noting that the family system had also broken down and created individualistic societies where each one catered for herself/himself.

Dr. Dzorgbo who is also a Senior Lecturer said in traditional societies like Ghana, most people who commit suicide might have done something wrong and might not want to expose themselves and thus commit suicide to end it all.

He said traditional support systems had become weak in the country especially as economic and social mobilities were becoming supreme and suggested the need for the academia to conduct research to ascertain the facts concerning the phenomena.

Dr. Dzorgbo suggested to the government to introduce social protection policies to assist the less privileged in society to overcome problems, noting that, insurance policies must equally be introduced to aid people.