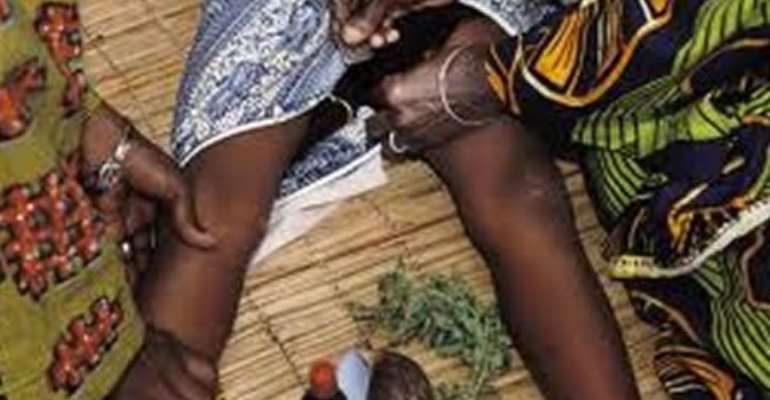 A 24 year old woman whose friend contracted the deadly HIV AIDS virus during the horrifying female genital mutilation ritual has decided to mount a crusade to crack down on the practice.

Kuurimah Ibrahim, who was herself circumcised when she was only a week old said the practice is barbaric and must be stopped.

Several others before her, have waged intensive campaigns to stop the process and succeeded in having a law passed in 1994 to ban the practice.

But nothing significant has changed. Kuurimah Ibrahim, appears to be unfazed.

Now a second year student of the UDS, Ibrahim said the practice has dire repercussion on the lives of the innocent victims and must be stopped.

"There is nothing like sexual satisfaction. Whenever you are to have sexual intercourse you have a constant trial which your partner do not feel comfortable with.

"Sometime the pain you go through [during sex] , you can't withstand it," she told Joy News Elton John Brobbey.

She said she has vowed not to give birth, to save herself the excruciating pain she would go through.

Kuurimah Ibrahim also recounted how her virgin friend contracted the deadly HIV AIDS virus after she went through the horrifying practice.

She has vowed to wage a campaign against the menace.