A Push On Health Care Delivery: The Role Of Microfinance Institutions In Ghana 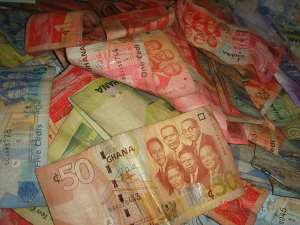 At the forefront of global health priorities are the achievement of the United Na¬tions' Millennium Development Goals (MDGs) and the strengthening of health systems. The MDGs focus the worldwide development agenda on reducing extreme poverty as well as improving health, education and human rights by 2015.

At the same time, the World Health Organization is emphasizing the need to build health-system capacity, a global challenge that is most elusive in rural and resource-poor environments. Meeting global health needs calls for more inter-sectoral approaches. One that holds real promise, though largely underutilized, is the linking of microfinance with appropriate health-related services.

Numerous impact evaluation studies support the effectiveness of mi¬crofinance and its impact on poverty. Research funded by The World Bank examined the impact of three microfinance institutions in Bangladesh over a seven-year period and found dramatic decreases in overall poverty, with the highest impact on those families in ex¬treme poverty. However, microfinance is not a silver bullet; legitimate issues exist, such as the ability to address the needs of extremely poor people, the level of debt burden for individuals, and the uneven performance of micro-finance institutions in Ghana and Worldwide.

Why Microfinance Institutions And Health?

Several thousands of microfinance institutions around the world provide credit and other financial services to more than 155 million households in support of income generation and consumption. According to conservative estimates from United States Agency for International Development (USAID) studies, at least 34 million of these households are very poor, representing 170 million people, many of whom live in remote areas beyond the reach of health agencies, both private and government.

Every day, thousands of microfinance workers travel to poor communities to provide microfinance services, often to groups of women convening on a regular basis over weeks and months and years to repay loans and deposit savings. Many microfinance institutions in Africa, Asia and Latin America already successfully offer services beyond microfinance, including training in business and financial management. Some microfinance institutions in Ghana such as Women Integrated Development Organisation (WIDO) in Kaleo, Ghana increasingly offer a number of health-related services, such as education, health financing (loans, savings and health insurance) and establishing link¬ages to public and private health providers to facilitate access to health care. This is a vast, private-sector infrastructure of ser¬vice delivery that is mostly self-financed by interest on loans.

Microfinance institutions offer a unique opportunity, admittedly with challenges, to employ this global infrastructure for delivery of health-related services to those most in need. The world's poorest people such as rural northern Ghana bear a hugely disproportionate share of disease and ill-health. The World Bank study, Voices of the poor, gathered views from more than 60 000 poor people and reported that ill-health and inability to access medical care emerged as key factors inducing and resulting from poverty. In a subsequent publication, Dying for change, thousands of interviewees most frequently identified illness – even ahead of losing a job – from among 15 causes of a downward slide into poverty.

Why would microfinance institutions expand their services to include health?

There are two basic reasons: health services are a natural extension of their mission of financial security and social protection of the client, and healthier clients better serve the micro¬finance institutions' goals of growth and long-term viability. Clients are not the only beneficiary; when a family member is ill, this affects productivity. Thus access to health-related programmes and services generally includes the household, not just the client.

A Few Evidence of impact

Beyond the potential contributions to disease and mortality reduction, microfinance can strengthen health systems. This capacity-building could range from national initiatives to targeted local strategies. Perhaps the best illustration of how microfinance and health programmes strengthen national capacity is in Bangladesh. There, institutions such as BRAC (Bangladesh Rural Advancement Committee) have launched integrated programmes over the past three decades to combat poverty by combining health, education and credit services, including partnering with the national government for large-scale tuberculosis- and malaria-control initiatives.

A control group that received microcredit only showed no change in diarrhoea incidence but, in the group that received health education only, incidence decreased by 29 percent and, in the group at Da in the Nadowli District of the Upper West Region of Ghana that received both microcredit and health education, incidence decreased by 43 percent. In the Plurinational State of Bolivia and a pocket of Ghana, research shows that mothers' health and nutrition practices can be changed by an integrated programme of village banking and child-survival educa¬tion, with resulting behaviour changes in breastfeeding and management of diar¬rhoea that lead to significant increased height-for-age and weight-for-age for children of participants.

Single solutions are not enough to solve the prevalent and persistent problems of infectious disease, high maternal and infant death rates, and the rising incidence of chronic illness. Poor populations need access to a coordinated set of financial and health services to have income security and better health.

Microfinance institutions have already shown themselves capable of contributing to improving health-care capacity and health outcomes by educating clients, facilitating access to public and private providers, making referrals to higher levels of skill and resources, providing health financing options (such as loans, savings and micro insurance) and even directly delivering clinical care.

Worldwide, health systems are proving to be inadequate at meeting population needs. The global health community could broaden its contribution to achievement of the MDGs and strengthening of health systems worldwide through inter-sectoral programming that utilizes a microfinance platform to reach poor and underserved populations.

Kudos! To the Government of Ghana for the liberal financial policies which have opened up the micro financial sector to the hinterland of the country. Meanwhile, it is not enough to mobilize savings and offer credit to people to the neglect of the beneficiaries and clients' health issues which is a direct determiner of productivity. All microfinance institutions and concerned private sector players should join efforts at integrating health issues in their policies to help government's efforts at clamping down on maternal and child morbidities and mortalities as well as infectious diseases in Ghana and world over.

If They Like, They Should Boycott The Voter Registration – J...
59 minutes ago