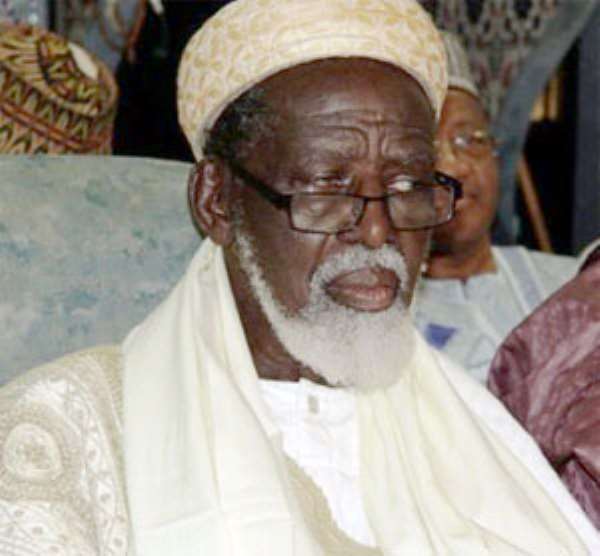 The National Chief Imam Sheikh Osman Nuhu Sharubutu has extended felicitations to Christians as they commemorate the birth of Jesus Christ.

In a statement issued over the weekend, the Islamic cleric expressed delight at the harmonious relationship existing between members of the two great religions and hoped that this would wax from strength from strength.

Jesus Christ, he went on, was charged with the task of spreading the good word so that mankind would be saved from iniquities, a fact which the Quran makes copious reference to.

'As our Christian brothers and sisters commemorate this important date in their calendar, I wish to pray that Almighty God continue to bestow his bountiful blessings upon us so that we would live together as compatriots of the same country with a common destiny as and creatures of the same Omnipotent and Omniscient God,' he said.

He also prayed that the forthcoming New Year would be prosperous for the country and one devoid of anything that would disturb the peace we are enjoying.

To motorists, he admonished them to be mindful of safety regulations as they travel to their various destinations for the holidays and to respect other road users.

'Adhere to the various road safety regulations so that avoidable accidents do not occur to mar the festivities,' he said.

He charged Christians to reflect on the message of Jesus Christ, which as he put it, was intended to save mankind from iniquities and to qualify them for admission into paradise.

'Let us reflect upon the message of Christ and remain steadfast on the path of righteousness and steer away from iniquities. Merry Xmas and have a prosperous New Year,' he told Christians.