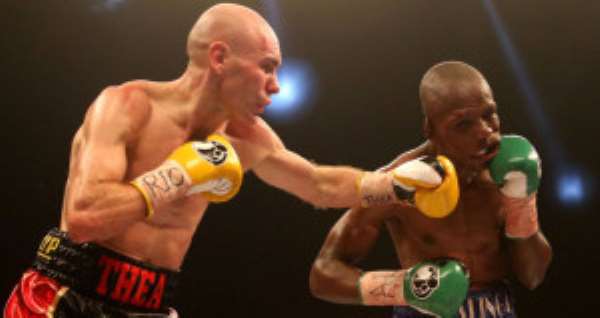 http://en.africatopsports.com/wp-content/uploads/2013/12/stuart-hall-vusi-malinga_3055833.jpg The 33-year-old Stuart Hall floored South Africa's Vusi Malinga with a right hand in round three but took punishment late on as he claimed the vacant IBF world bantamweight title. But Hall boxed out the 11th round to secure a memorable win.

“I was fighting with one eye but I just tried to use the jab and dig in,” said Darlington's Hall, who joins Carl Froch, Scott Quigg and Ricky Burns as British world champions.

“It's one of the best nights of my life,” the champion added.