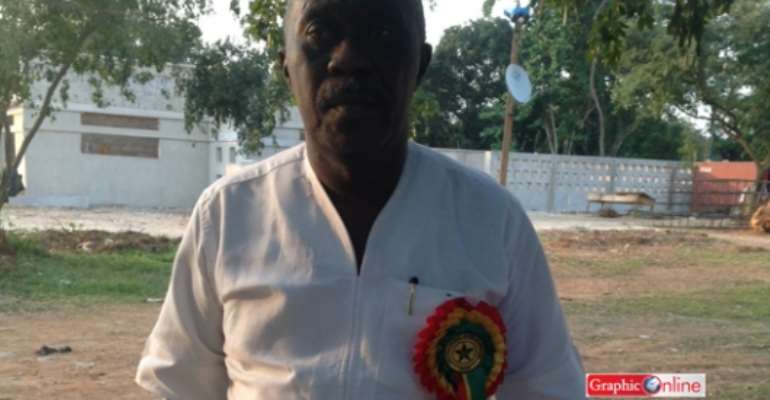 Days after being crowned the national best plantain farmer at the 29th national Farmers Day in the Volta Region, Mr Kwadwo Nsafoa-Poku says he is embarking on a programme to entice the youth, especially those with formal education, to enter plantain farming in order to take advantage of the returns in the sector.

The 66-year-old farmer said plantain farming, especially the plantation type, had the potential to become one of the most profitable agribusinesses in Ghana if well planned and managed, and it was important for the youth to respond positively to it.

In an interview with the Daily Graphic in Kumasi, Mr Nsafoa-Poku, who owns Amanfrom Farms, said his outfit had instituted an out-grower scheme to support youthful farmers at Makyinimabre in the Nkoranza South District in the Brong Ahafo Region to undertake plantain farming employing modern agricultural practices.

The programme would be extended to other plantain-growing regions in the country beginning next year.

Mr Nsafoa-Poku said besides these, his farms provided uncontaminated plantain suckers free of charge to farmers in the catchment areas to plant.

Produce from the Amanfrom Farms, he said, had a ready market in Fresh-Pak Company, an agro processing company in Accra which produces plantation chips for both local and international markets.

Amanfrom Farms is also providing a ready market for produce from small-holder plantain farmers by buying mature plantain fruits directly from them and re-selling to a company in Accra.

The leading plantain farmer said he was looking for land in the other five plantation-growing regions of Ghana— Volta, Ashanti, Western, Eastern and Central— to establish plantain plantations.

Plantain is a staple food of many tropical countries, and in Ghana, it is eaten in almost every home.

Because of the high demand for plantain in Ghana, it is a very good way of acquiring incomes.

It is a long-season crop which usually grows for more than 12 months, depending on the type.

The son of  a wealthy Kumasi-based businessman,  the late Mr Francis Kwadwo Poku of Poku Transport fame, Mr Asafoa-Poku decided to enter into agriculture where, according to him, “my heart belongs”.

He established the Amanfrom Farms in the Ashanti Region, producing mostly maize and cocoa until then Minister of Food and Agriculture, Mr Kwesi Ahwoi, advised him to enter into plantain production.

“I owe a lot of gratitude to Mr Ahwoi for his great advice that has propelled me to receive the national best plantain farmer award in a short period,” he said.

Nr Nsafoa-Poku said in 2007, Mr Ahwoi advised him to venture into plantain farming, “and I responded positively”.

According to him, Mr Ahwoi made him aware that the government had in place a number of schemes to support plantain farming.

He commended the government for the support given him in his business.

An irrigation project has been put in place within the plantation to facilitate an all-year-round production.

The Export Development and Agriculture Investment Fund (EDIF) has supported Amanfrom Farms to train 400 smallholder farmers in the Nkoranza area in plantain production.

He stressed the need for the youth to show interest in farming, saying the government had demonstrated evidence to support them to succeed.

Takoradi 'azaaa' woman still in custody as she fails to meet...
48 minutes ago