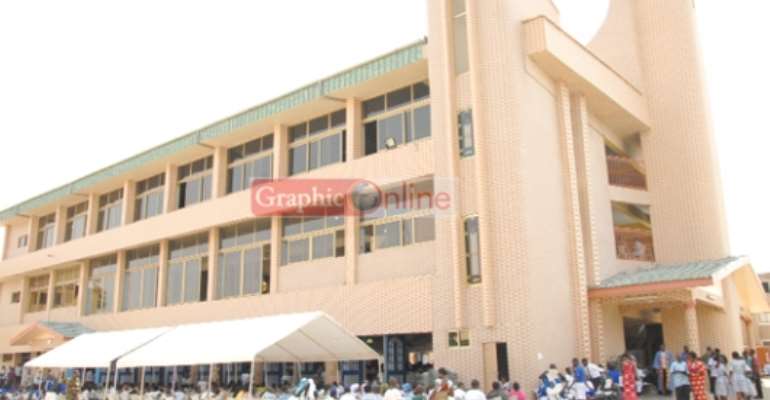 The Emmanuel Congregation of the Presbyterian Church of Ghana (PCG) at Dansoman has dedicated its new chapel, with a call on Christians to eschew vices such as corruption, extortion and bribery.

Speaking on the theme, “Let us run with perseverance the race that is set before us”, the Moderator of the General Assembly of the PCG, the Rt Rev. Prof. Emmanuel Martey, indicated that corruption, extortion and other deviant practices were eating deep into the successes of the country.

“Let us run away from bribery and corruption and other forms of sin that so easily entangle us and imprison us, so that we lose focus of the salvation and the development goals that lie before us,” he stated.

The Moderator disclosed that this year, the General Assembly of the PCG disciplined some of its workers and  ministers for engaging in fraudulent activities and dishonest behaviours.

“The thieves are also in the churches as  pastors, catechists, elders, treasurers, directors, ushers and leaders of groups. The PCG, as a Bible-believing and practising church, will not condone corruption but will deal decisively with all fraudulent acts,” he said.

The Rt Rev Prof Martey urged preachers in the country to always be mindful to preach the Gospel truth, adding that it was the only way Ghana could be set free from the canker of corruption.

“The church must not fail Ghana. The church must not preach what corrupt people want to hear or make them feel good and continue with their corrupt practices to ruin the nation. It is only preaching the unadulterated Word of God that will save our beloved country. Preachers must do no less,”  he added.

He further expressed concern over the rapid establishment of churches in the country, ostensibly for commercial  purposes, a situation which he said was dragging the name of Christianity in the mud.

The Rt Rev. Prof. Martey advised the congregation to see the dedication of the 'magnificent edifice' as a period to reach out to people who did not know Jesus Christ and prepare them for His second coming.

He also lauded the unflinching determination on the part of the church's leadership and members to see to the completion of the chapel.