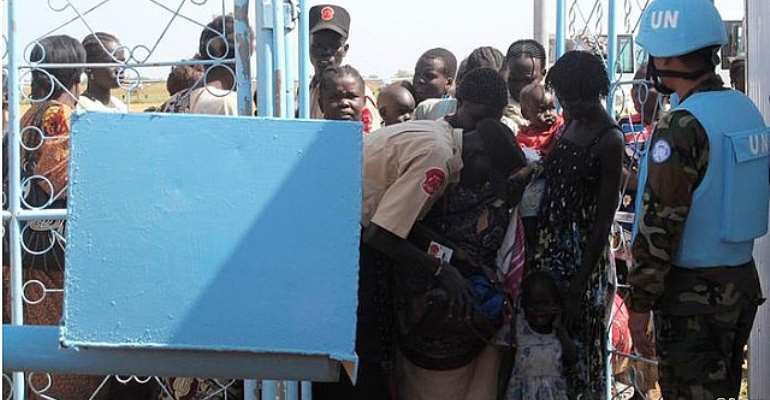 Three DW Akademie staff were evacuated today (December 18, 2013) from the South Sudanese capital, Juba. Deutsche Welle has been on location supporting the development of the country's media sector.

Three DW Akademie consultants were evacuated today from Juba on a special flight to Nairobi. The flight with approximately 160 German passengers on board was organized by the German embassy and the German Federal Foreign Office's crisis management team.

Since Sunday there have been heavy clashes in Juba between rival South Sudan army factions. According to reports up to 20,000 people have taken refuge in UN offices. The mobile phone system has at times been shut down, and since Monday the airport has been closed off for civilian flights.

Two DW Akademie staff members had travelled to Juba last Thursday for consultation talks. A third DW Akademie employee has been on location in the provincial capital, Bor, for some time.

For the past seven years DW Akademie has been supporting the development of a professional media sector in Sudan and South Sudan, with a special focus on radio. Given decades of civil war and ethnic unrest, peace journalism and conflict-sensitive reporting have been the priorities, DW Akademie has also been supporting the development of a South Sudanese state broadcaster as well as a limited number of stations for the private sector and those active in civil society.

The projects are primarily funded by the German Ministry for Economic Development and Cooperation (BMZ). The United Nations Development Program (UNDP) has also commissioned DW Akademie and partner organizations to develop a public radio broadcaster in Jonglei State. Conflicts in this region are also being reported.

A major problem in South Sudan is the lack of reliable news sources. Of the country's nine million inhabitants approximately 85 percent are illiterate; one in two people live under the poverty line. Most South Sudanese cannot afford a television and have never learned to read. Radio is therefore the primary medium. According to a survey commissioned by DW Akademie – and also the first survey of this type ever conducted in Jonglei State – more than half of those interviewed said they listened to radio for accessing information. Media reach beyond the capital Juba, however, is very limited.