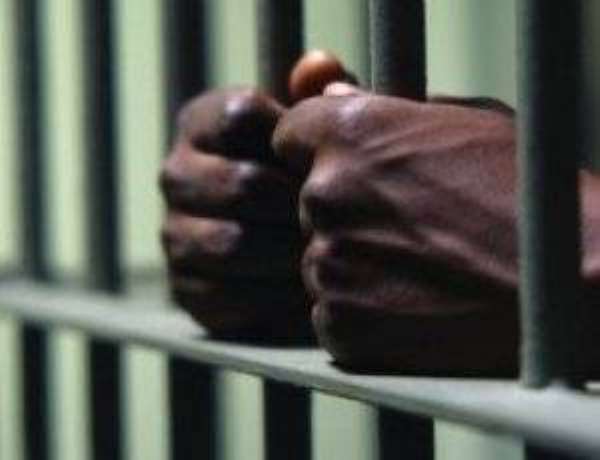 Accra, Dec. 17, GNA - An Accra Circuit Court has sentenced a self-styled estate developer to four years imprisonment for forging documents in order to sell a house valued at GH¢ 136,000 cedis at Taifa a suburb in Accra.

Ibrahim Sebi aka Lumba was charged with conspiracy, stealing and three counts of possessing forged documents. He pleaded not guilty.

The court presided over by Mr Ebenezer Osei-Darko however, found him guilty at the end of the trial and convicted him accordingly.

His accomplice Effah Boateng is, however, at large.

Sebi resides at Dome Pillar (2) while Boateng is at large.

ASP Abadamlora said one Nana Kwadwo Sarpong, a Ghanaian residing in the United Kingdom owns a house at Taifa which he offered for sale in 2011.

Prosecution said before the sale, Sarpong issued a Power of Attorney to one Viviennne Audrey Odei to act on his behalf.

Dr Fynn, therefore acquired the property (the house) at GH¢136,000.00. In February this year, Dr Fynn went to inspect the property and saw unknown persons renovating it.

When Dr Fynn questioned them they mentioned Sebi as the owner of the property and offered Dr Fynn Sebi's phone number.

Prosecution said when Dr Fynn contacted Sebi; he said he bought the house from Boateng on the strength of a Power of Attorney from Nana Sarpong.

Dr Fynn, therefore, sued Sebi in court to produce documents in support of the sale of the house but it was detected the documents were fake.

A report was, therefore, made to the Police and Sebi was arrested.