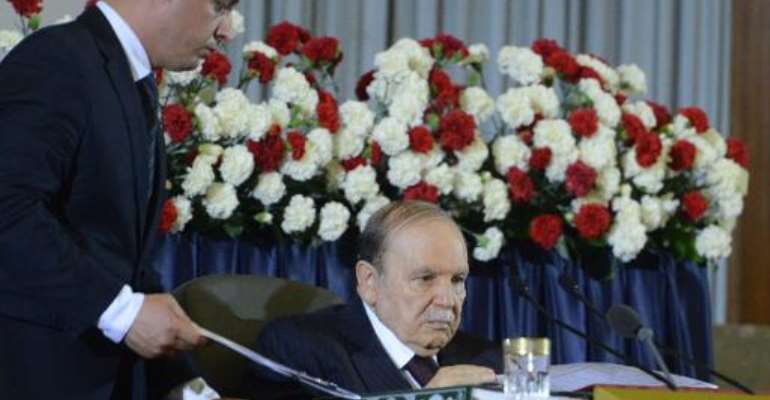 An officials hands Algerian President Abdelaziz Bouteflika documents during his inauguration ceremony as he is sworn in for a fourth term in Algiers on April 28, 2014. By Farouk Batiche (AFP/File)

It gave no details on the meeting with Brahimi, who resigned in May from the post as UN-Arab League envoy on the Syrian conflict.

Bouteflika, 77, on Saturday, in a break from tradition, stayed away from public Eid al-Adha prayers marking the end of the annual hajj pilgrimage to Mecca.

But in another rare appearance since his re-election in April to serve a fourth term, Bouteflika chaired a September 21 meeting on border security.