Over 3000 ghost workers identified in education sector so far 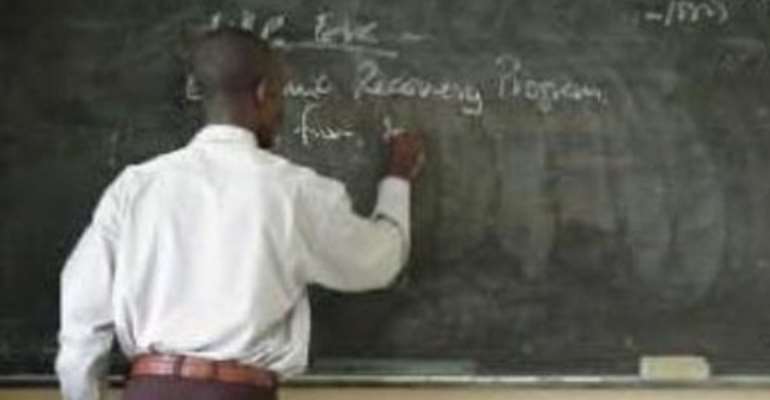 The Ministry of Education hopes to cut down the over ninety percent budgetary allocation to salaries and wages by cleaning the waste in the system by identifying ghost names.

Ninety-four percent of the 5.816 billion cedis budget approved for the ministry would go into personal emoluments with the remainder being used for infrastructure, goods and services under the ministry.

The ministry submitted a “tall shopping list” to the Ministry of Finance for consideration, which was estimated at about 6.9 billion cedis but only 5.8 billion cedis was allocated to them, Deputy Minister of Education, Alex Kyeremeh told Joy FM's Super Morning Show on Tuesday.

Though the shortfall, according to him, is “big”, the ministry is also not “bothered so much” by the huge percentage assigned to salaries and wages.

Hopefully, the biometric registration of workers under the ministry is yielding some dividends, he noted, adding that it has so far been able to identify more than 3000 ghost workers, who hitherto have been draining the ministry's coffers.

He is therefore optimistic that once the countrywide exercise is completed, more ghost names would be uncovered for the ministry to make some savings.

The ministry, he said, is also talking to its donor partners to give grants to support some projects of the ministry.

Meanwhile, the Ministry of Education has declared what it calls "zero tolerance to teachers' absenteeism", warning that there would be no salary for such teachers.

On his part, Dr. Charles Wereko-Brobby, Chief Policy Analyst at the Ghana Institute of Public Policy Options, advised the ministry to find a way of using internally generated funds to finance its projects aside the budgetary allocation.