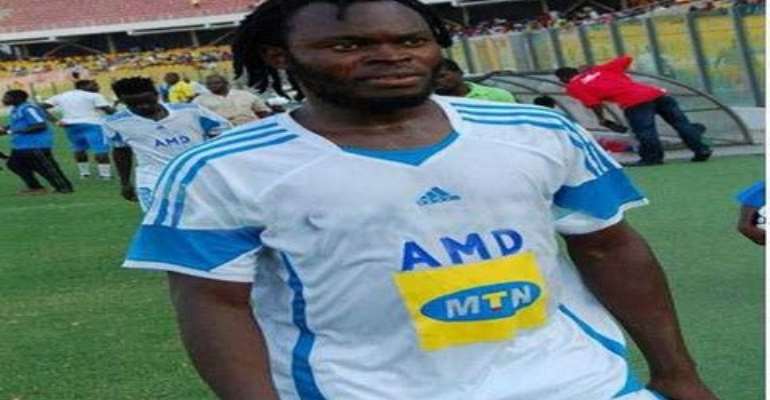 Reliable reports gathered from the camp of Asante Kotoko have revealed that Asante Kotoko striker Yahaya Mohammed has confronted the club's management of unpaid bonuses owed him and his team mates.

This our reports says led to the exemption of the player from the squad that played in the week ­15 Ghana Premier League encounter with Ebusua Dwarfs at Cape Coast last Sunday.

Kotoko sources have disclosed to sportscrusaderonline.com that though the club owes outstanding bonuses to players, the entire management team was taken aback when the striker objected to travel with the team to Cape Coast because of the unpaid bonuses.

It has stressed that all persuasions to have the player rescind his decision failed as he insisted that until the bonuses are paid he wouldn't make any appearance for the club.

The source said “Yahaya failed to travel with the team to Cape Coast because of an impasse between himself and the club officials. Tough Management is making all frantic efforts to pay all outstanding bonuses owed the players they also believe his behaviour was a sign of gross indiscipline of which he could be sanctioned”.

The striker is believed to have feigned illness and opted to stay bout of the team. He is also demanding for a contract extension.