Let's be a nation of believers not cynics - President Mahama 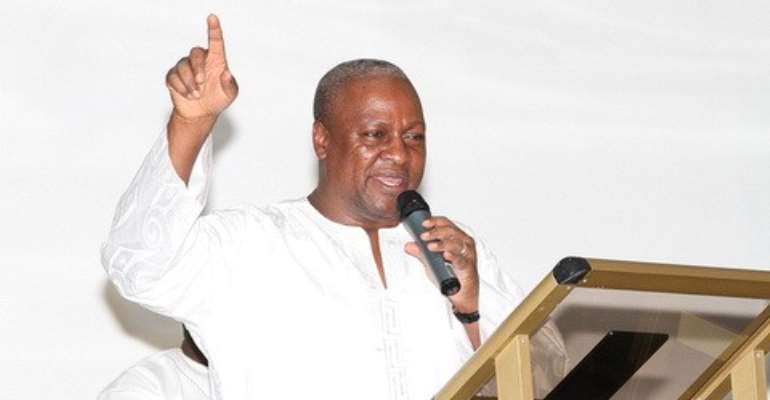 President John Mahama has called on Ghanaians to have faith and believe in the country's potential to become a prosperous nation.

The President is optimistic the country can rise above the challenges facing it if Ghanaians change their views about the nation and adopt a positive mindset.

"If you are a nation of cynics, where everybody believes nothing is going well it will be difficult for you to make it. You have to believe that we can make it - and we can make it -  I am certain of that", said President Mahama

The President made the remarks when he was commissioning the Revival Restoration Centre of the Assemblies of God Church at Roman Ridge, in Accra, on Saturday.

President Mahama said statistics show that Ghana is among ten emerging economies of the world, adding that "if any country will make progress, it is based on the faith and belief of the citizens of that nation."

"We look at nations that have emerged and today are rubbing shoulders with the developed world and we say 'how did they do it?' ...How did Japan rise out of the ashes of the second World War to be the second most prosperous economy in the world? All these nations have made it because their people believed that they could make it", he said.

President Mahama said Ghanaians need that same attitude "in order that we can be great and strong."