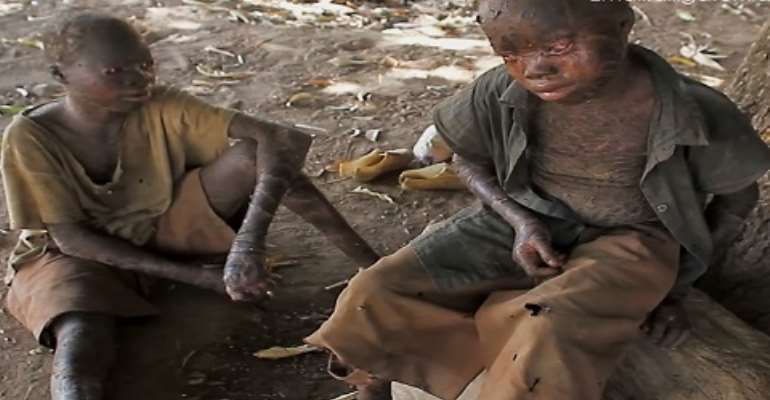 Three children in the Northern part of the country, specifically Jirapa are grappling with a strange skin disease that is peeling off their skin.

This has made living hell for them as the oldest of the three boys, Dakura, constantly pours water on himself to lessen the pain he feels and the youngest relies on a walking stick to move around.

The condition which according to their mother has been with them since birth has been described by observers as a genetic condition.

They have to live this way for the rest of their lives and are yet to get proper medical evaluation.

Narrating how it all started, the mother of the three boys said a week after the birth of the eldest son, he had cracks on his arm and the skin grew darker by the day and gradually became hard like the skin of the crocodile.

The children are seen as outcasts.
People around perceive them as evil, but the mother is seeking help for her children