Do Unto Others As Madiba Did Unto You 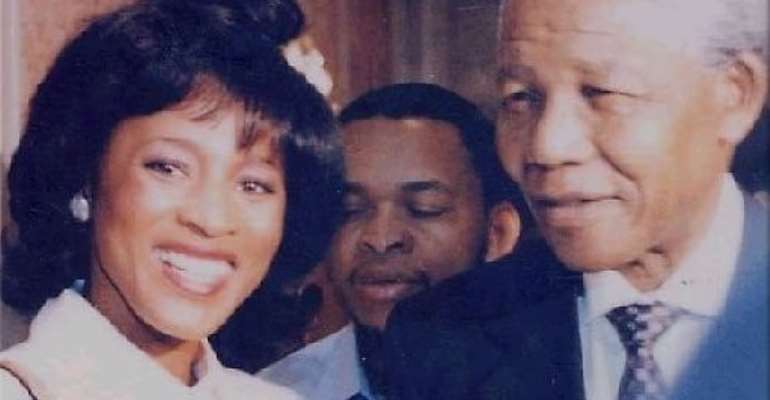 Deeds and action speak louder than voice. In triumph, Mandela accepted all rainbows of people in South Africa. If there is any lesson to be learned from Mandela, it's the act of forgiveness and reconciliation. While Africans finds it easier to forgive others, their sons and daughters, despite their achievements and leadership, are still not fully accepted in the Diaspora. Foreign Idealists that supported Mandela's cause then ignore equality, liberty and poverty in their countries now.

Celebration of Madiba beyond Africa is a reflection of gratitude that even within his own Party; he overcame race war, hatred and vengeance against those that treated Africans badly. Lest we forget, for each spirit of Mandela, there were those that suffered or died for what he and many achieved. There is not enough space to mention every Oliver Thambo, Albert Luthuli, Steve Biko, Walter Sisulu, Govan Mbeki; and Chief Buthelezi that became a pain in the neck of Mandela.

Whatever we may think about Madiba's predecessor F. DeKlerk, he persuaded majority of his minority Government to handover and save themselves. African leaders must also learn and save their minority cronies. Set us free from your corruption, greed and neocolonialism or else!

As destiny's choice, Mandela never ended up like Nkrumah of Ghana or Lumumba of Congo whose accomplishments were cut short by Western powers that fished out Mandela disguised in driver's uniform: condemned to spend the following 27 years in the “University of Mandela” prison. Even more surprising is the fact that the same power that betrayed him, expected him to denounce his staunch supporters in the time of need just because they were communists.

Mandela learned and had time to realize that anger, rage and hatred can only be learned from because acting on them destroy us as human beings from within by imploding fine characters into ungovernable pieces of cluster bombs. Our better character can be otherwise used for the furtherance of better life, liberty and economic justice. They are grateful because he did not pay them back in their own coin. He forgave but did not forget their criminal acts.

After discharge from prison, Madiba confessed to close friends that he felt like the loneliest man in the world as a result of estrangement from his biggest fan and supporter Winnie, a rock against Apartheid in her own right. The difference between great men and those that fell apart is the ability to get up. Life is full of tunnels but only devastatingly surmountable by great men. Mandela survived personal and international adversity escaping Lumumba's abhorrent death.

Critics of Mandela within Africa claimed he sold out after he became old, frail and declawed. Even if they have a point, those that fought to the last in other African countries have little to show for it. The same leaders became life dictators in their old age. Some, still dancing to praise singers, while others delude themselves in grandeur as their youths suffer running across the seas and the deserts to get away from their own God-given unrealized milk and honey.

Selling out your own people for pittance is one thing, standing unbowed to neocolonialism is another. But you have to know how to negotiate your future through the economic valleys of foreign contracts. Yes, there are more opportunities in South Africa but the status quo only changed colors and added more Party members. If ANC does not change fast, they may lose the popular votes in the next election. Sometimes, parties run out of the spirit of Ubuntu ideals.

South Africans are very proud of Madiba because he knew when to say no or yes. He handed his second term to the next generation. He lived, imprisoned and died in South Africa. We now know that South African Mbeki was later encouraged to invade Zimbabwe. Give South Africans their due, they refused to start another regional war while too many still ravage the good old Continent. The scar of war lingers for a long time. Ask any Nigerian, Congolese or Somalia.

When Madiba said he was prepared to fight equally against either white or black domination to achieve justice or die, that was how he lived and die. Another lady that was not so well known, was Housing Secretary in President Jimmy Carter Administration, put it in another way. She did not stop fighting white men domination so that she could be dominated by black men.

Oppressors are oppressors, no matter the color of their skin. South African leaders forgetting how far they've come, have not spread the wealth since they are contented in their own riches. Indeed being black oppressor only hid some blatant viciousness as we saw in the last killing of striking miners. If the ruling oppressors were white, there could have been bigger world uproar.

Not yet Uhuru! No matter how big, it takes more than a tree to make a forest. ANC leaders have benefited from a system without economic justice used to oppress them in the past. They have to do better than what we see. Lack of opportunities for South Africans has turned them against their brothers from neighboring countries hoping to cash in at the end of Apartheid.

Other Africans complained that South Africans, were ungrateful for their support. However, their own leaders are worse. They need to complain louder in individual countries. Africa's biggest disappointment is Nigeria. Complain as loud as you can about what Nigeria did for South Africa, when respect can only come from celebrating what we have done for Nigeria.

When Obama spoke in South Africa at the celebration of the life of Madiba, his message was: “There are too many people who happily embrace Madiba's legacy of racial reconciliation, but passionately resist even modest reforms that would challenge chronic poverty and growing inequality. There are too many leaders who claim solidarity with Madiba's struggle for freedom, but do not tolerate dissent from their own people. And there are too many of us on the sidelines, comfortable in complacency or cynicism when our voices must be heard.”